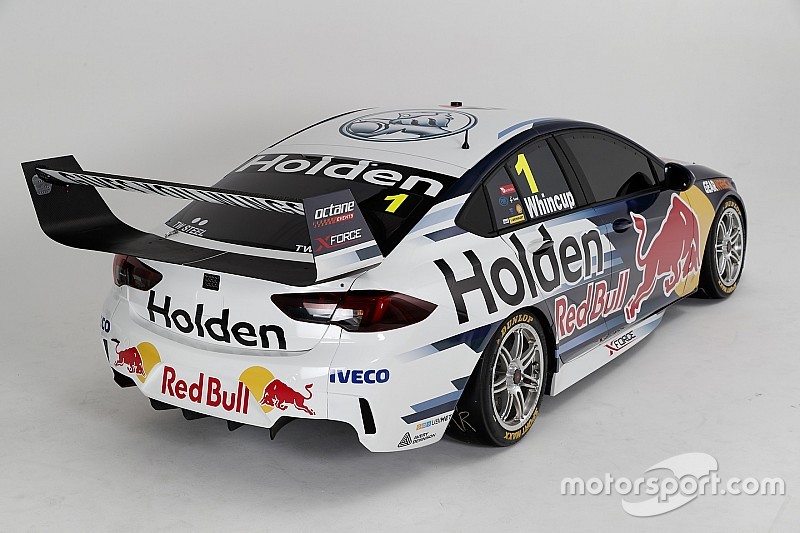 The Red Bull Holden Racing Team has officially revealed its brand new car and new livery for the 2018 Supercars season.

The Triple Eight-run squad has incorporated significantly more white into the livery for the brand new ZB Commodore, with Holden and Red Bull continuing to share the primary sponsorship real estate on the side of the car.

The livery was put together by renowned livery designer and GM Holden's design manager Peter Hughes.

“The next generation livery is dominated by a completely dark blue front, fading to completely white rear and should be unmistakable on track. Graphics front and rear have been kept to a minimum, showcasing and highlighting the elegant lines of the new Commodore,” Hughes said.

“I feel it’s a great way to celebrate the entry of a new era of Commodore into Australian motorsport and I hope the fans like the new look.”

The launch took place on Sydney Harbour this morning, and also acts as the official unveiling of the Supercars-spec ZB, which has been developed by Triple Eight and will be adopted by all Holden squads this season.

The new car is the first hatchback to be run under Holden's flagship Commodore nameplate, with the racecar based on an overseas model for the first time thanks to the shutting down of Holden's production in Australia.

The ZB is set to be powered by the traditional V8 engine this season, before a shift to the Triple Eight and GM developed twin turbo V6 next year. That new engine, however, is set to make a number of wildcards starts later this year, including at the Bathurst 1000.