Resurfacing works have begun at Barbagallo Wanneroo Raceway in Western Australia, ahead of the first-ever Perth SuperNight Supercars round later this year. 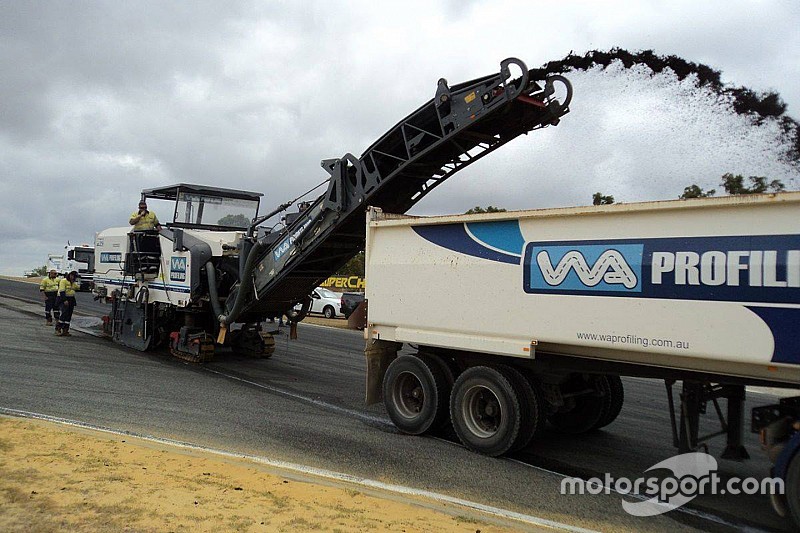 The circuit, notorious for extreme tyre degradation, is undergoing its first total resurface since 2004, with hopes that the latest Stone Mastic Asphalt technology will prove kinder on rubber.

Works officially began on January 2, with circuit operators the WA Sporting Car Club explaining how the first phase of the operation, known as profiling, will remove the top 30mm of old asphalt.

"The process is highly efficient with the milled material transferred straight into tandem moving trucks, and stored locally for future works," the club wrote on its Facebook page.

"The machine is operated by a driver, and a level controller, who walks beside the machine.

"After sweeping, a rough, fresh, clean surface is ready for asphalting."

"The last two photographs show where the old timing loops (blue wires) were intersected at one of four locations, and the remaining 50mm of old asphalt (after 30mm removed) overlying the original limestone sub-base.

"This trackside edge is ready to receive additional kerbing at positions off the traditional racing line."

The works come following a breakthrough agreement between the WASCC and Wanneroo Council for an 11-year extension to the existing 10-year lease, which has opened the door for the club to invest what could be as much as $1 million into the resurfacing.

Jason Bright's existing Supercars lap record, set straight after the last resurfacing, is likely to come under threat when the Aussie series hits the track for the Perth SuperNight round in May. 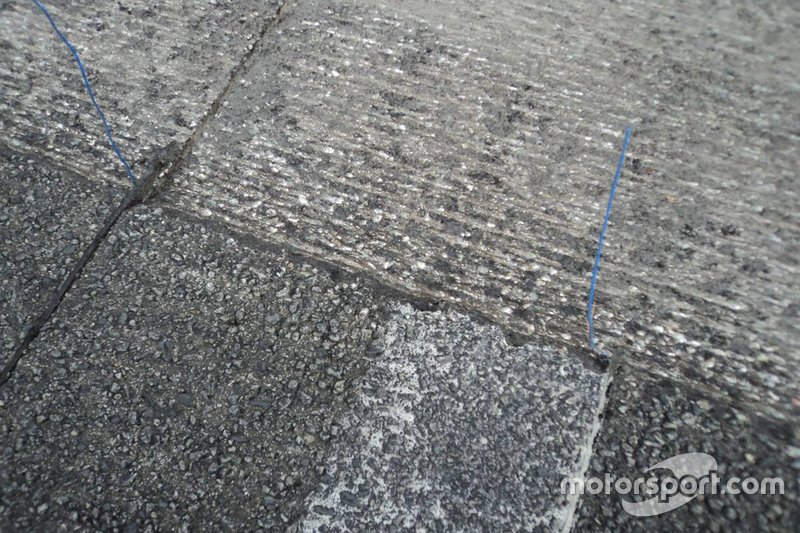 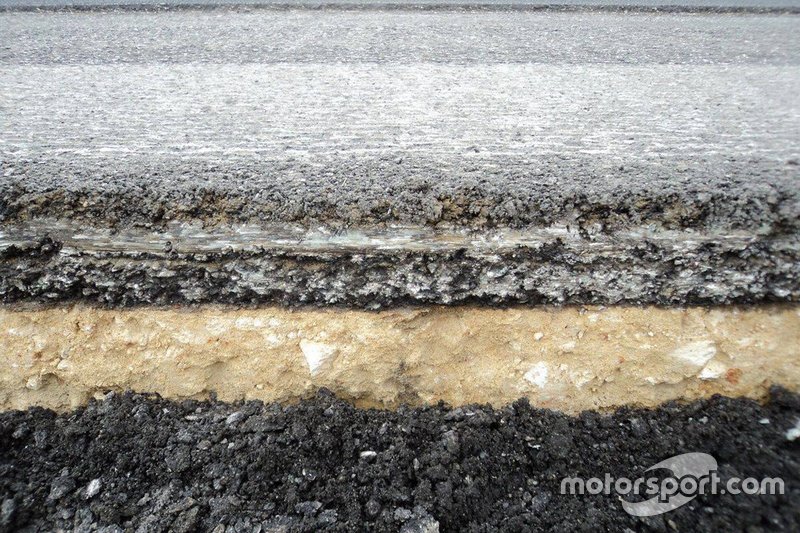 Lowndes hints at Mostert being his successor