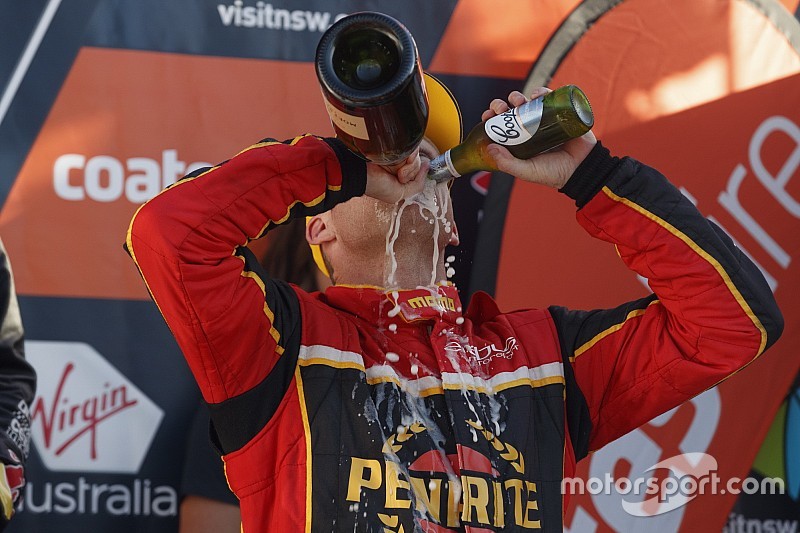 David Reynolds says he would have 'lunged' title winner Scott McLaughlin late in Sunday's Supercars finale if the Penske driver had tried to make a fight of it.

Having maintained pre-event that he had no friends in the title showdown, Reynolds found himself playing a key role in the closing laps of the season as he ran down race leader McLaughlin, who was on the verge of sealing his first title.

With van Gisbergen running back in fourth, which meant anything better than 10th would have guaranteed McLaughlin the title, the Penske driver erred on the side of caution and let Reynolds into the lead with four laps to go.

That was clever move, says Reynolds, the Erebus driver happy to have aggressively raced McLaughlin to the flag if he'd needed to.

"Yeah definitely, we definitely had the fastest car out there," he told Motorsport.com when asked if it felt like a proper win.

"I was going to lunge him regardless.

"I was driving up to him thinking if I put heaps of pressure on him, he'll give it to me because he's a smart kid. He won't fight because I'll probably crash into him.

"It was the best way to finish the year, but it was kind of overshadowed because you win the race and nobody cares because they've crowned a champion.

"But we got pole and had a perfect day, really. Pole and a win. What more can you ask?"

McLaughlin also reflected on backing out of the battle during his post-race media commitments, admitting it went against his instincts but was ultimately the right move.

It was the second time Reynolds had been in close contact with a title contender over the weekend, after a brush with the back of Shane van Gisbergen during Saturday's race after nipping his left-front wheel on the way into Turn 11.

The Newcastle win was Reynolds' third of the campaign, only title contenders McLaughlin and van Gisbergen, and reigning champion Jamie Whincup, having won more.

He finished the year fifth in the points, 738 down on first-time champion McLaughlin.

Gallery: All Mercedes F1 cars since 1954