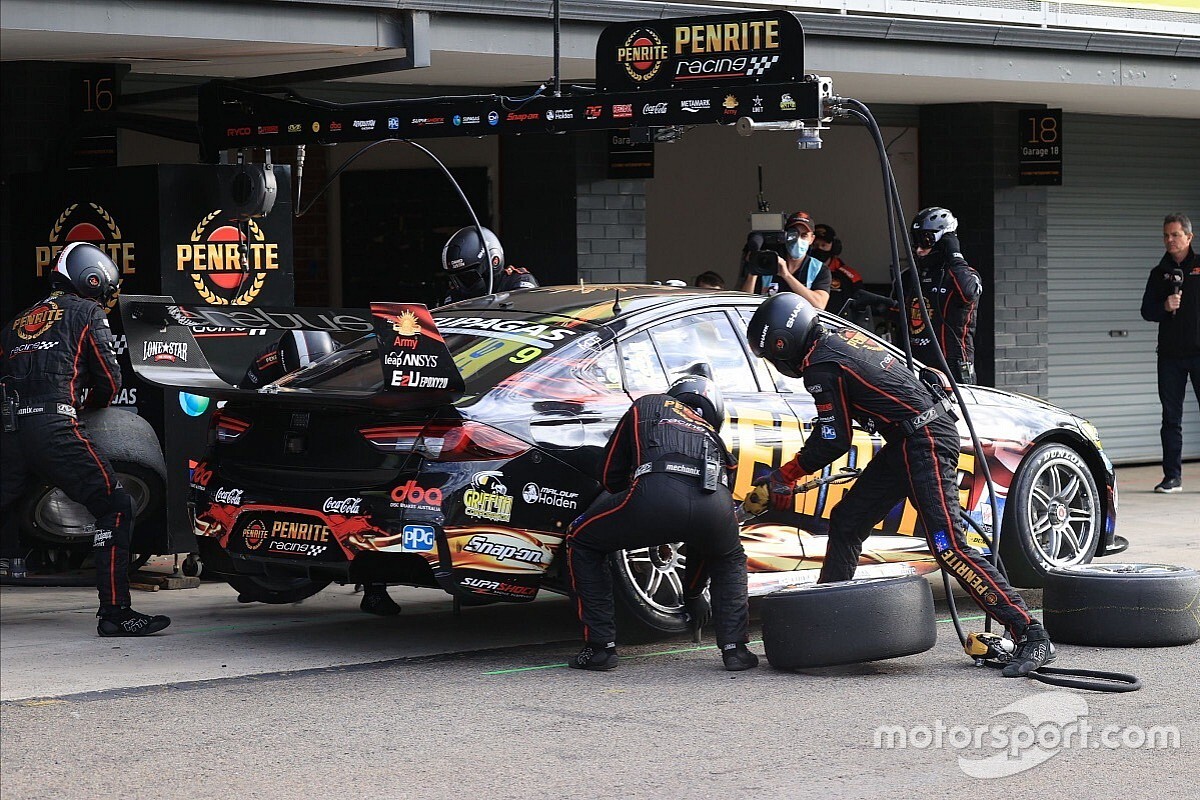 Drivers were forced to nurse two sets of soft compound Dunlops and three sets of hards across three qualifying sessions and three sprint races, creating a scenario where each had to make sacrifices at points across the weekend.

While the regulations provided plenty of passing and a brand new race winner in Tickford's Jack Le Brocq, there have been some high-profile critics like Scott McLaughlin and Erebus boss Barry Ryan about the legitimacy of the competition.

Bathurst 1000 winner Reynolds has now joined the chorus of doubters, his concern that there was too much emphasis on rubber throughout the weekend.

"It was one of those weekends when we were trying to set up the car, but all we were talking about was what tyres we were going to run," he said on the latest episode of the Below the Bonnet podcast.

"It was just weird. I didn't really like it to be honest. I much prefer the [previous SMP] round when everyone had the same tyres, just one less set than what we needed to get through the weekend. This one there was hard and softs and one less set again. I didn't really rate it, to be fair."

"You've almost got to say you've got to use two compounds in each race or something like that. There's people throwing all their fast tyres on in one race, and it looks like they won a race. It looks like they had a good weekend, but their other results are in the 20s.

Reynolds also didn't shy away from the role a lack of car speed played in his disappointing weekend haul of a 14th, and 11th and a fourth from the three races.

"We didn't have a good weekend, our cars don't really suit those types of tracks," he admitted.

"Every time we go to [Sydney Motorsport Park] we always struggle. It's just one of those tracks where the surface is really bad, the corners are kind of odd corners, they're long and you spend a lot of time in there. I don't know, our cars just don't really rate it."

For more on formats, SMP, the ongoing border race and more, check out the latest episode of Below the Bonnet with David Reynolds, Michael Caruso and Andrew van Leeuwen.