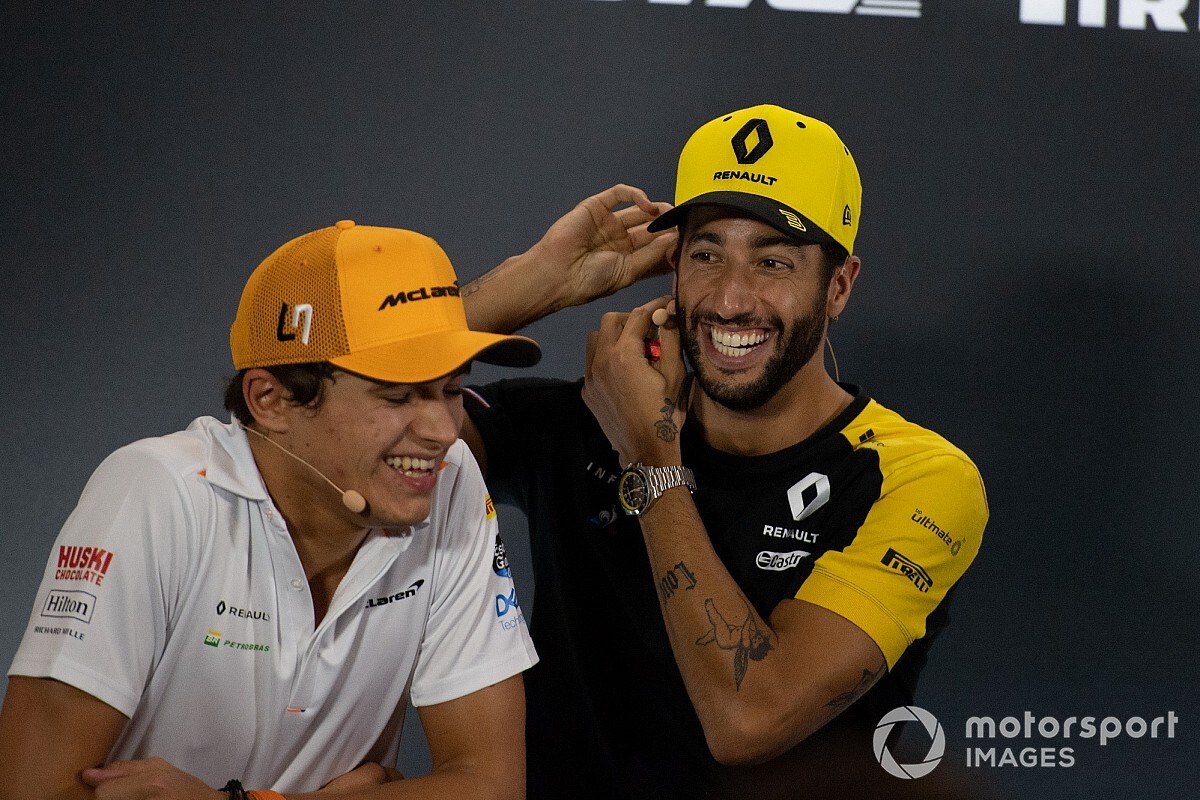 Brown, a part-owner of the Walkinshaw Andretti United Supercars squad, has thrown his support behind the idea of the two F1 aces teaming up for a wildcard tilt at Bathurst in a WAU Holden once Ricciardo joins McLaren.

The determining factor, according to Brown, will be the Formula 1 and Supercars calendars, with the Bathurst 1000 and Japanese Grand Prix traditionally falling on the same weekend.

“I think they’d both love to do it,” Brown told Supercars Sidetracked.

“And I think people now know I’m a little bit different than most of the team bosses in F1, as I like to see our drivers go out and give it a go at Daytona or Le Mans, things of that nature.

“I think it’ll just come down to schedule and whether they can fit it in the schedule. Bathurst, historically, conflicts with Japan – that's why sometimes I'm there and sometimes I'm not.

WAU has a recent history with Bathurst wildcards, IndyCar stars Alexander Rossi and James Hinchliffe having teamed up in a third Commodore for last year's Great Race.

It's not the first whisper of a McLaren-themed Bathurst entry either, with Fernando Alonso having expressed interest in a Mount Panorama start in the past.

There is also scope for some pre-Bathurst practice in Europe, Brown the proud owner of a Bathurst-winning Holden Racing Team Commodore, which Norris has already said he wants to drive.

The 20-year-old certainly has plenty of virtual Supercars experience, thanks to a three-week run as a wildcard entry in the category's official Eseries.

Ricciardo, meanwhile, has some real-world Supercars experience, the West Aussie sampling Rick Kelly's Nissan Altima as part of a Castrol promo ahead of the 2019 Australian Grand Prix.

He flagged his very real interest in one day racing in the Bathurst 1000 as soon as he jumped out of the car.