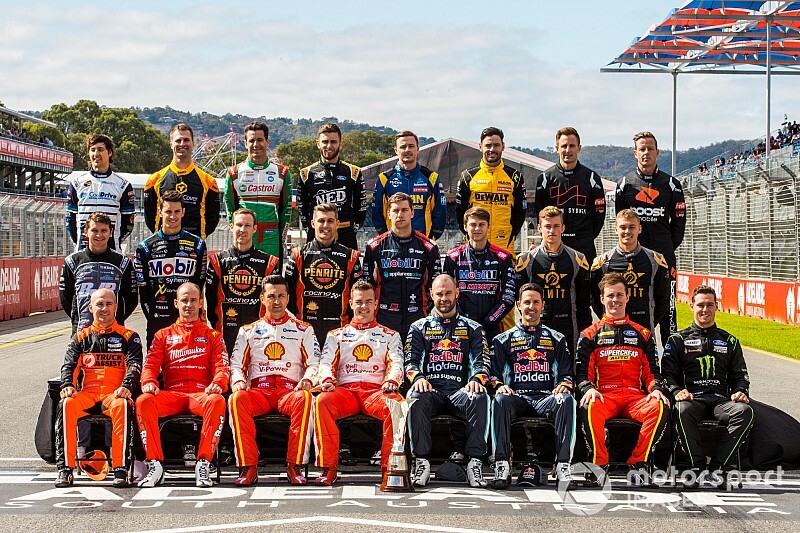 Supercars rookie Jack Smith has been ordered to complete 'public interest' work and slapped with a $2000 suspended fine for missing the pre-season photo in Adelaide.

The Brad Jones Racing youngster was the only of the 25 drivers not present for yesterday's obligatory pre-season photo on the front straight at the Adelaide circuit.

Having failed to offer officials a "reasonable excuse" for his absence, Smith has been hit with an order to complete five hours of "work of public interest".

An hour of the community service will be spent in race control during a Super2 session, while Supercars media manager Paul Glover will be responsible for deciding the balance.

Smith has also been hit with a $2000 fine, all of which us suspended until December 31 this year.

"The deputy race director conducted an investigation following a report from the Supercars media manager that the driver of car# 4, Jack Smith, failed to attend the driver photo session on Friday 21 February 2020, in breach of Rule E8.1.3, the event supplementary regulations and the promotional schedule," read the stewards report.

"The driver having admitted to the breach and acknowledging that there was no reasonable excuse for his non-attendance, the stewards imposed a penalty on Jack Smith of a fine in the sum of $2,000, all of which is suspended until 31 December 2020, and an obligation to perform five hours of work of public interest prior to 30 June 2020.

"Such work will include one hour in race control during a Dunlop Super2 session and the balance to be at the direction and supervision of the Supercars Media Manager."

Smith ran afoul of race officials during today's opener in Adelaide too, copping a drive-through penalty for ignoring blue flags.

He's come under fire as a back marker before, a number of drivers criticising him for taking too long to move over while racing as a wildcard in Tasmania last year