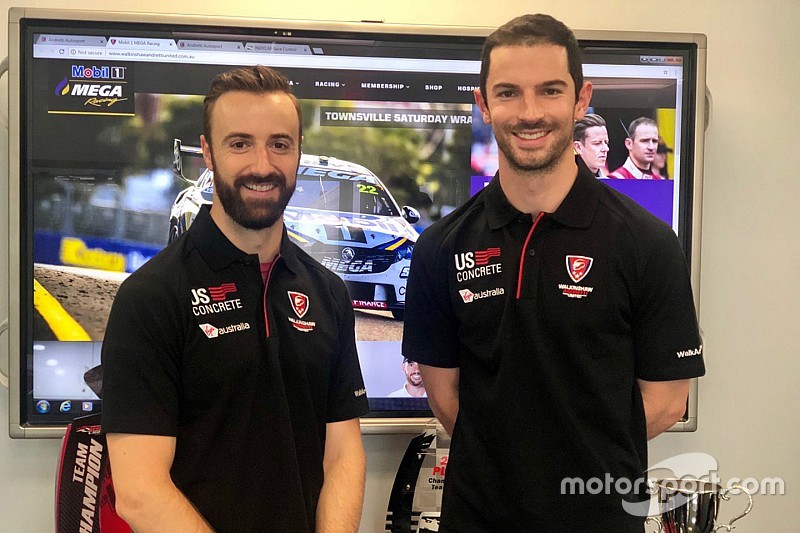 The two open-wheel aces will spearhead a WAU wildcard entry, which will be staffed by not just the Supercars team, but Andretti Autosport and United Autosports as well.

The one-off entry will be backed by William Sandbrook and Virgin Australia, with the car set to run the famous Andretti #27 that Rossi uses in IndyCar.

It will run alongside WAU's two regular entries, which will be raced by James Courtney/Jack Perkins and Scott Pye/Warren Luff.

The Great Race will be Rossi's Supercars debut, his previous tin-top experiences centred around sportscar outings at Le Mans, Daytona and Sebring.

Hinchcliffe, however, has some Supercars experience, the Canadian having raced for Garry Rogers Motorsport at the 2012 Gold Coast 600.

"As drivers we look back at the era of guys like Mario [Andretti] jumping in a different car every weekend," said Hinchcliffe. "The nature of the sport now is quite different and it’s not quite as easy to do that.

"When these opportunities come up you want to jump at them and really grab a hold of them.

“The Gold Coast race some years ago was a huge blast and a bucket list thing, but for Supercars the Bathurst 1000 is their Indy 500, it is their 24 Hours of Le Mans, it’s their hallmark event. So to get to add that one to the résumé is very special."

Rossi added: “It’s 100 percent a bucket list item. It’s one of those six big races alongside the likes of the Indy 500 and 24 Hours of Le Mans.

"Bathurst is right up there, so to be able to have this opportunity to do it with Walkinshaw Andretti United and still be close to home with the Andretti Autosport connection is very cool and I can’t wait to get started.

“It’s going to be a steep learning curve and I’m very aware of that. I’ve got a few friends who are Supercars drivers, so I know how talented the competition is, and how challenging this specific racetrack is.

"But at the same time, it’s a really exciting challenge and something that has been on my target list for a long time. We’re going to go out and do the best we can."

The pair will test the ZB Commodore at Winton on October 1-3 in preparation for the race a week later.

Stanaway to make Supercars return at The Bend