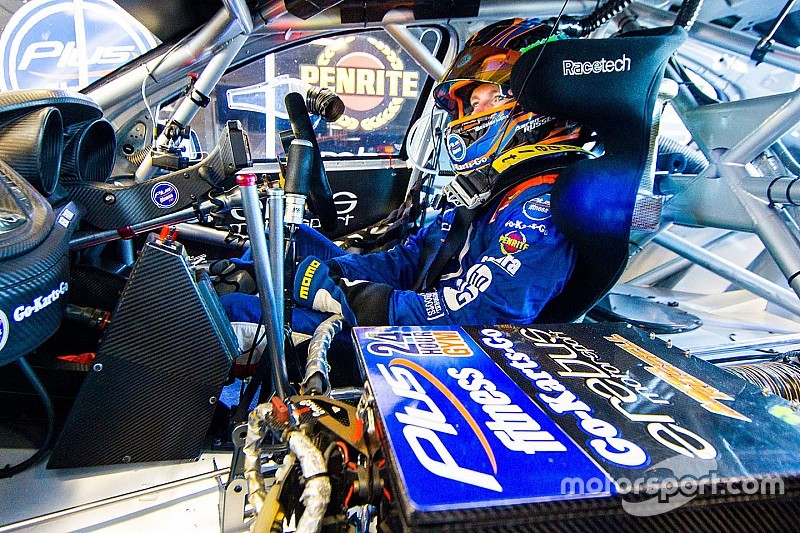 Aaren Russell has taken to social media to say that he is “happy with everyone’s decision” regarding his split with Erebus Motorsport.

Russell’s main sponsor Plus Fitness announced earlier today that it was pulling its backing from the #4 Erebus entry, confirming at the same time that the Russell family had ended its relationship with the team.

Russell himself has since taken to Facebook to confirm the news, saying that things between himself and Erebus “didn’t quite pan out the way we both expected”, but that the relationship had ended on a positive note.

“I’m not going to get into the nitty gritty but I'm happy with everyone's decision. I have to thank Plus Fitness for everything they have done for me and will continuo to do for me. They have my back and I have theirs,” wrote Russell.

“As for Erebus, I wish them all the best for the remainder of the year. Unfortunately it didn't quite pan out the way we both expected, and our views differed from what we first agreed, to but things have ended on a positive note.

“The mechanics are an amazing bunch of dedicated and skilled people, I can't thank them enough for their efforts. David Reynolds thanks for being an awesome team mate, you taught me lots, I've made an awesome mate, and I really hope good things come to you dude because you deserve it!”

Russell also used the Facebook post to vow that he won’t give up on his Supercars dream entirely.

“The dream may be over for now, but I'm not giving up,” he added. “I am not a quitter, for all the doubters I have not got to the position I'm in because I can't drive a race car, and money is certainly not something at my disposal.

“I have worked my absolute bum out to get here, anyone who knows me understands the sacrifices we have made and when I have my best chance look out...

“We will not lie down. Watch this space, I'm not giving up yet.”

Erebus now needs to find a driver for the #4 Commodore ahead of this weekend’s Queensland Raceway round, or risk failing to live up to the terms of its Racing Entitlements Contract.