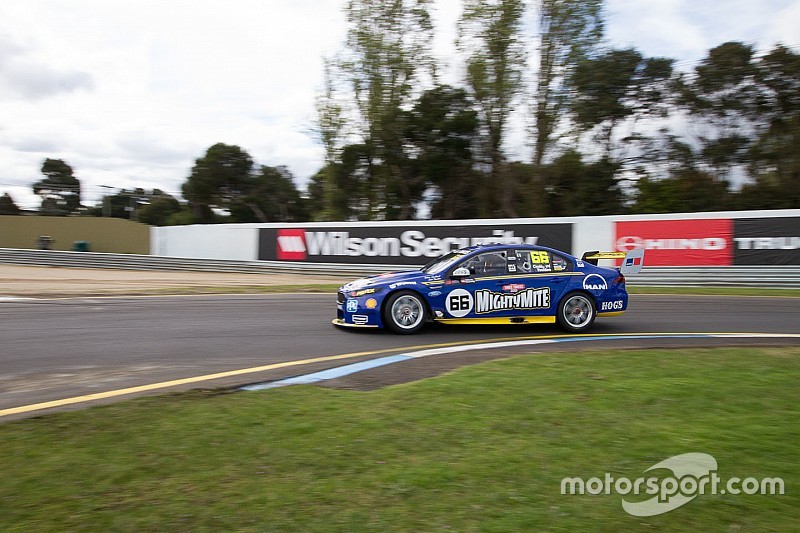 Steady drizzle meant the circuit was damp throughout the session, Coulthard popping up late in the session with a run that saw him jump from the midfield to second, and then into P1 with a couple of minutes to go.

“It was relatively easy, I was quite happy with the car,” said Coulthard.

“We haven’t driven this car a hell of a lot in the rain, so it’s a good start. If we’ve got a car like that, and it rains all day, we’re in with a good shot.

The star of the session was Supercars rookie Matt Campbell. The Carrera Cup regular had Todd Kelly’s Nissan Altima on top of the times for much of the session, despite having not driven a Supercar in the wet before. His best time ended up second best after Coulthard’s late improvement, but it was still an impressive effort.

“[He] hadn’t really done any driving in the wet before, so we thought we’d leave him in for the whole session,” said Kelly. “It wasn’t too long and he was fastest out there, so we thought be better get me back in the car.

“We’re really happy with how he’s going. We’re wishing for rain at the moment, because we’ve got a good wet car.”

There was a gaggle of Commodores next, James Courtney leading Jamie Whincup, Garth Tander, Lee Holdsworth, and the #97 Triple Eight car of Shane van Gisbergen and Alex Premat.