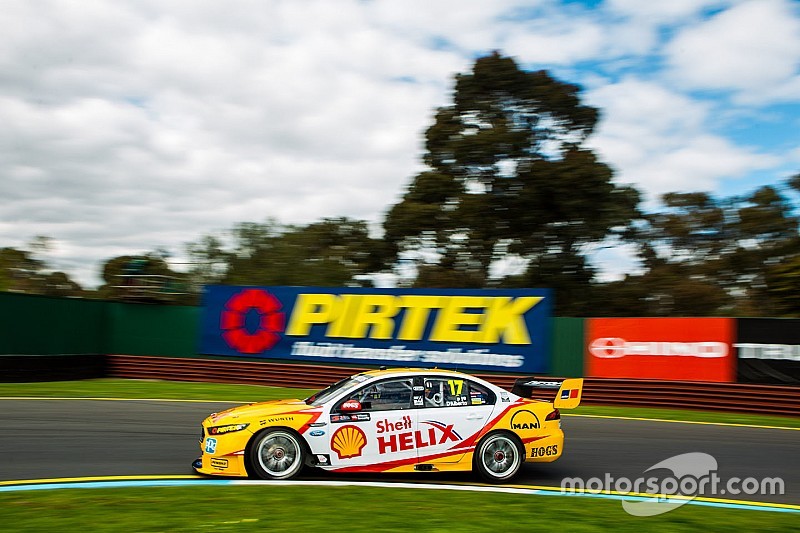 DJR Team Penske’s Tony D’Alberto finished the third and final Friday practice session for the Sandown 500 fastest in the #17 Ford.

D’Alberto, who will drive alongside Scott Pye, wound up fastest in the second all-co-driver session of the day, jumping to the top with around eight minutes to go with a 1m09.165s.

That time proved unbeatable, D’Alberto rounding out Friday with a P1 after having been second fastest in the second session earlier today.

Steve Richards was second fastest in the #888 Commodore, capping off a promising day for he and primary driver Craig Lowndes. Despite falling 0.06s short of D’Alberto’s time, Richards was impressed with the TeamVortex entry at the end of his second 30-minute session.

Steve Owen was third fastest in the #55 Prodrive Ford, having jumped Holden Racing Team’s Warren Luff inside the last 10 minutes. Luff held on to fourth in the #2 Commodore, with Luke Youlden putting the #66 DJR Team Penske Ford fifth fastest.

Dean Fiore put in a good showing in the #23 Nissan to go sixth fastest, comfortably best of the Altimas, while early pacesetter Alex Premat slipped down to seventh in the #97 Red Bull car.

Jono Webb was eighth in the Tekno Commodore, Paul Dumbrell ninth in the #88 Red Bull car, and James Golding the best-placed Volvo in P10.

It was a remarkably close session, with the Top 24 cars all separated by 0.081s.