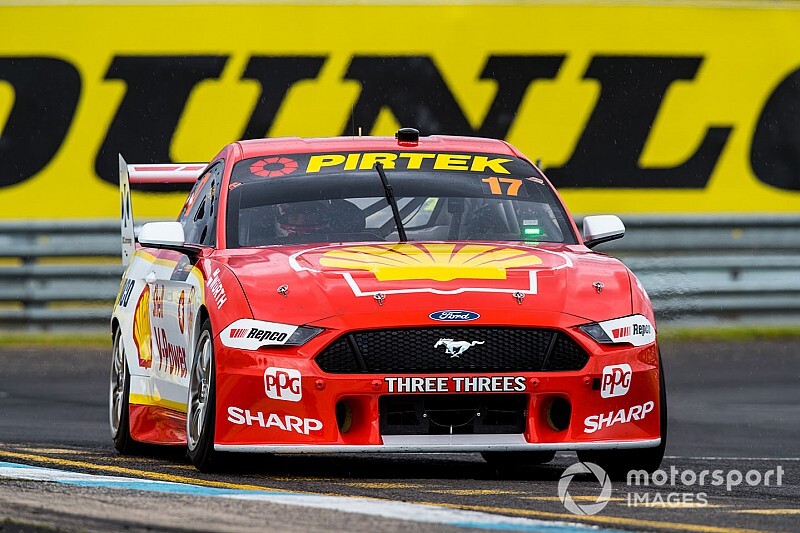 Scott McLaughlin will head into qualifying for the Sandown 500 as the pacesetter, topping final practice with a record-breaking lap.

The DJR Team Penske driver banked a 1m07.542s two-thirds of the way through the session, that time more than two-tenths under the new lap record set by David Reynolds on Friday.

McLaughlin then ran wide at Turn 9 on his final run, his spot at the top under threat as a number of drivers set purple sectors.

However nobody could run down McLaughlin's time, Whincup falling a measly 0.001s short after going purple in Sectors 1 and 2.

“The car is feeling really good. It’s been good really straight out of the truck,” said McLaughlin.

“It’s been a tough few weeks for the guys, so I just want to reward them in qualifying.”

Tickford pair Cam Waters and Lee Holdsworth were next, less than a tenth separating the top four, while Fabian Coulthard and Andre Heimgartner also dipped under the record.

Reynolds couldn't quite match his Friday time, the Erebus driver seventh with a 1m07.803s, followed by Will Davison, Chaz Mostert and Mark Winterbottom.

It was a tough session for Shane van Gisbergen, the Triple Eight driver running wide a Turn 9 on a green tyre run, which left him down in 18th.

"I made a mistake on my fast lap and went off and got the new cut system, but deserved it,” said the Kiwi.

“We’re better than we look but we’ll see how we go [in qualifying] this arvo.”