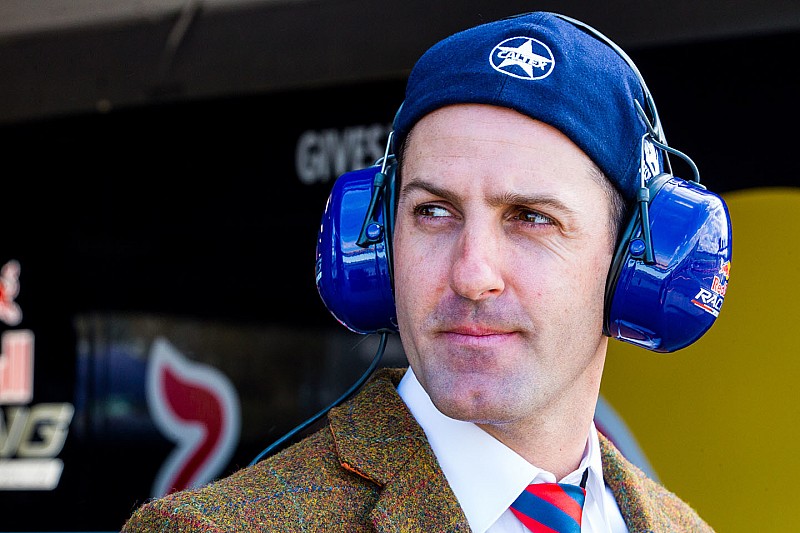 Wet weather will lead to today’s Sandown 500 being ‘all over the place’, according to pole-sitter Jamie Whincup.

With strong forecasts of consistent rain throughout the day, and with the rain already falling in Melbourne this morning, Whincup says that a wet weather race will place even more emphasis on strategy across the 500 kilometres.

The pole-sitter added that it will come down to “an educated guess”, and being on the right strategy at the end of the race, regardless of what’s happened before that.

“It’s an educated guess. We’ve got 4000 different numbers and charts and history and probability that we’ll go through. We’ll take an educated guess, but who knows what is going to unfold.”

In the unlikely event that the race is dry, it is still shaping up to be a strategic thriller. On Friday, experienced co-driver Steve Richards predicted that the switch to the soft compound Dunlop tyres will lead to a “soap opera” at the end of the race if it is dry.

Garth Tander, who will start today’s race from the outside of the front row, echoed those thoughts, claiming that any combination of tyre degradation, strategic options, and wet weather will result in an unpredictable race.

“I think we’ll see variation of what we’ve seen here in the past, because of the soft tyre and the potential for degradation,” said Tander.

“And then you’ve got to throw the weather in there as well. It will be a very interesting day.”

NASCAR Mailbag: Can burnouts be used to cover up illegal modifications?