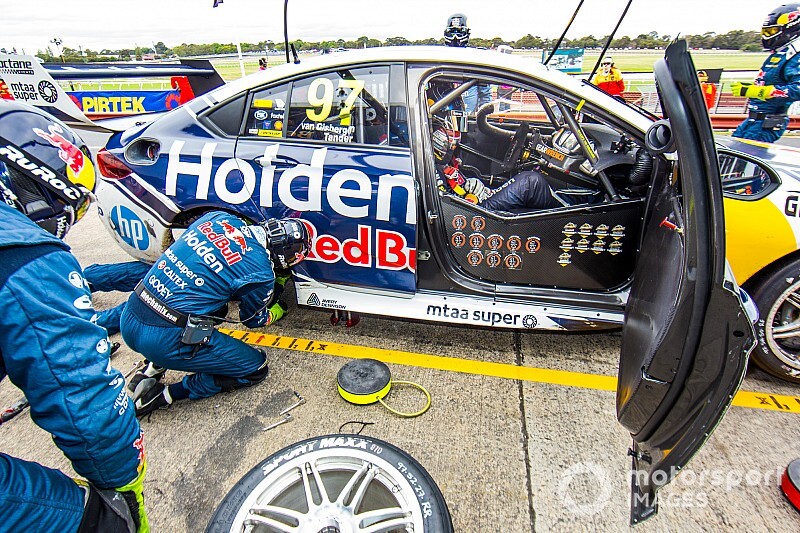 Teams are set to get their hands of the new-for-2020 control dampers across the next week, Supercars confirming to Motorsport.com that a first set of the Aussie-made Supashocks per car will be delivered tomorrow, followed by a further two sets per car next Friday.

However the category has also confirmed that teams won't be able to sample the new shocks until the official pre-season test at The Bend, which means those with new cars will need to run 2019-spec dampers during their 60-kilometre shakedown allowance.

Motorsport.com also understands that teams have been told they can run their existing damper package for the first hour of the pre-season test, to establish a base before switching to the new hardware.

The 2020 Supercars season will be the first with a control damper package, the Adelaide-based Supashock winning a tender held by the category last year.

The move is part of a wider cost-cutting initiative that will also include a higher engine milage requirement this season, and in future is likely to extend to a control front end.

Erebus is the only team to have regularly run Supashock dampers in recent seasons, although, with the spec significantly updated under the new control model, driver David Reynolds isn't expecting that to bring any serious advantage in the early part of this season.

"If there is, it will be minute," Reynolds told Motorsport.com.

"The good thing is that everyone has the same internals, you've just got your small clickers and it's very simplified. People can't over-spend money in that area and get a massive advantage... and do what they've been doing.

"I think it's great thing for the category."

WAU also trialled a Supashock package at last year's Newcastle 500 as part of the 2020 development work being undertaken by Supercars.