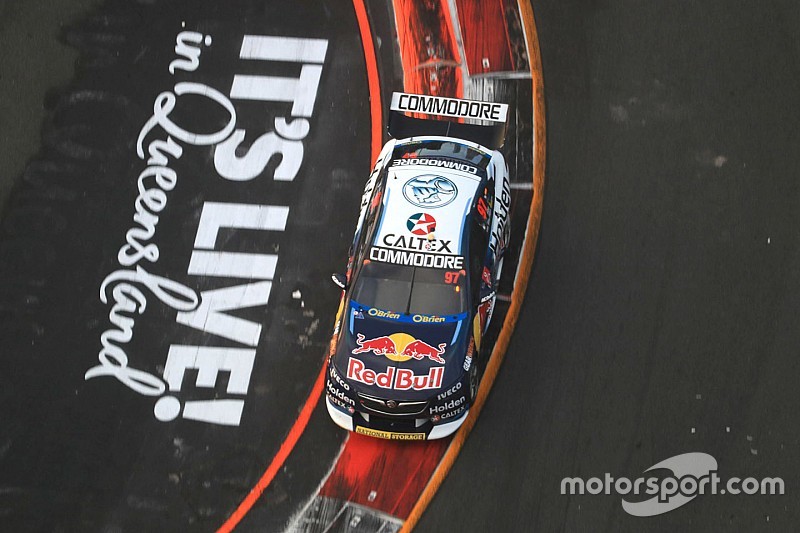 Supercars has shelved its plan to turn the Gold Coast round into a single 500-kilometre race from 2019 onwards, with the current format set to be retained.

The series announced plans to alter the format of the Gold Coast round during its calendar reveal last month, the idea being to adopt the same format as the Sandown 500.

Not only would that have simplified the Season of Endurance, with a 1000-kilometre race followed by two 500s, but also cleared the Saturday schedule in Surfers Paradise for a potential deal with NASCAR.

The Supercars Commission voted in favour of the change in the days leading up to this year's Gold Coast round, before the concept was taken to the Queensland Government and Tourism and Events Queensland for final approval.

However there's since been a change of heart, Supercars confirming today that the two-race, 600-kilometre format will continue amid an ongoing search for an overseas series to partner up with.

“At the most recent Commission meeting before Newcastle it was decided to remain with the successful and proven format of two 300-kilometre races, one each day,” Supercars CEO Sean Seamer said.

“The format will allow for us to continue to explore an international presence at the event.”

The news comes a little over a week after IndyCar boss Mark Miles concluded promising talks with the Queensland government over a possible return of the Gold Coast Indy event in early 2020.

Other Supercars format news, the Phillip Island round will move to a traditional SuperSprint format in 2019. That means a 120-kilometre race followed by a 200-kilometre race, rather than the twin 250-kay format that's been used for the past two years.

The Pukekohe round will also definitely only be single-driver next season, following suggestions it could become a Bathurst 1000 warm-up for co-drivers.

Teams will also have access to more control tyres per SuperSprint round in 2019, with the allocation staying the same as this year but there being once less event with Sydney Motorsport Park falling off the schedule.