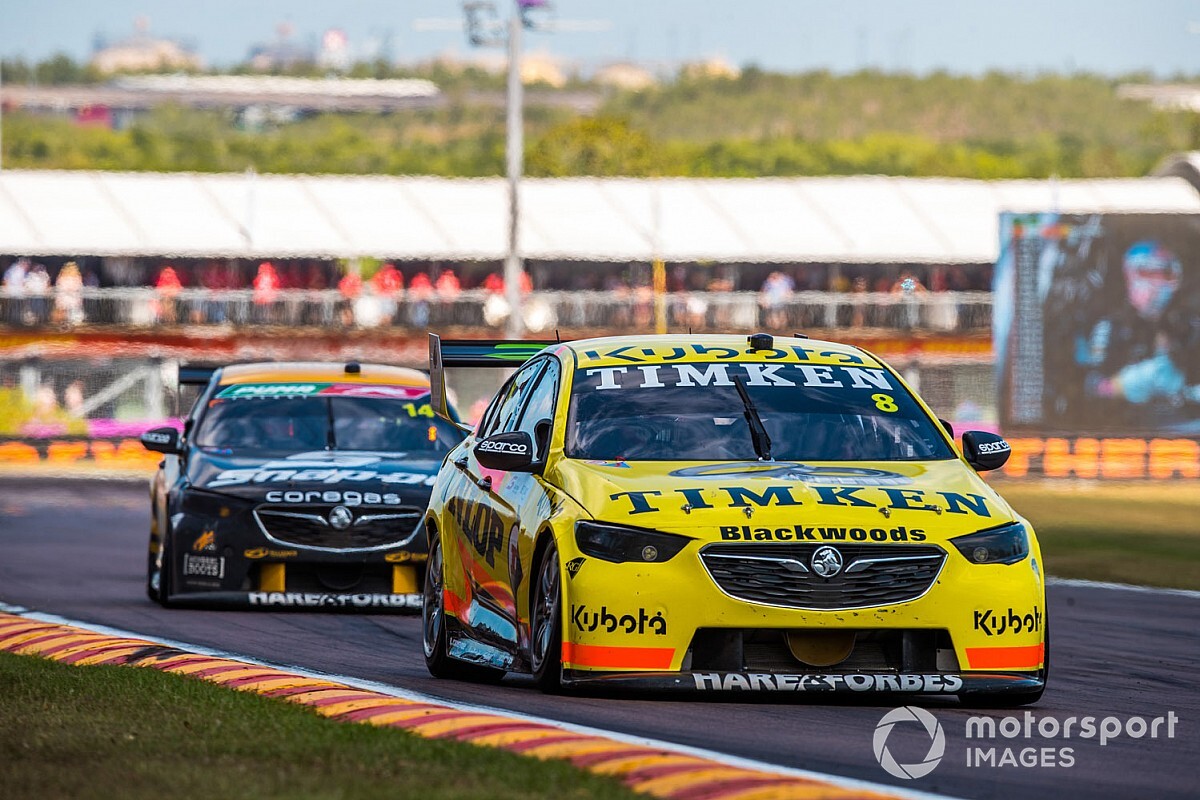 Supercars will back-to-back its new mixed compound tyres rules with an all-soft compound format in Darwin over the next two weeks.

It's already been confirmed that the Darwin Triple Crown, which was yesterday delayed by a week, will feature the controversial mixed compound regulations for a second time this season.

Crews will be limited to two sets of soft compound Dunlops and three sets of hards to last through all qualifying sessions and races.

The only change compared to last time out in Sydney is that the hard will be used throughout Saturday's three-stage qualifying.

For the second leg of the Darwin round, now expected to take place midweek and perhaps even under lights, Supercars will revert to a single compound.

The 20-tyre limit will remain in place for all competitive sessions, with a three-race format highly likely, however only the soft compound will be in play.

“We’ve made some changes to how the mixed tyre [regulations] operate for the first event, and then for the second event it’s all the one compound with the same format,” said Supercars CEO Sean Seamer.

“So it gives us the opportunity to test it back-to-back again.”

The creative tyre regulations have come as part of a move to triple sprint races since the resumption of the season.

They have undoubtedly shaken up results, with Nick Percat doubling his wins tally with two victories across the two Sydney rounds, and Jack Le Brocq winning a Sunday shootout against Andre Heimgartner and Todd Hazelwood last time out.

However opinion has been split on the rules, given drivers are effectively required to sacrifice two races if they want to win one.

The early signs from the limited single compound format is a less dramatic influence on the results, Scott McLaughlin having won two of three races in Sydney back in June.