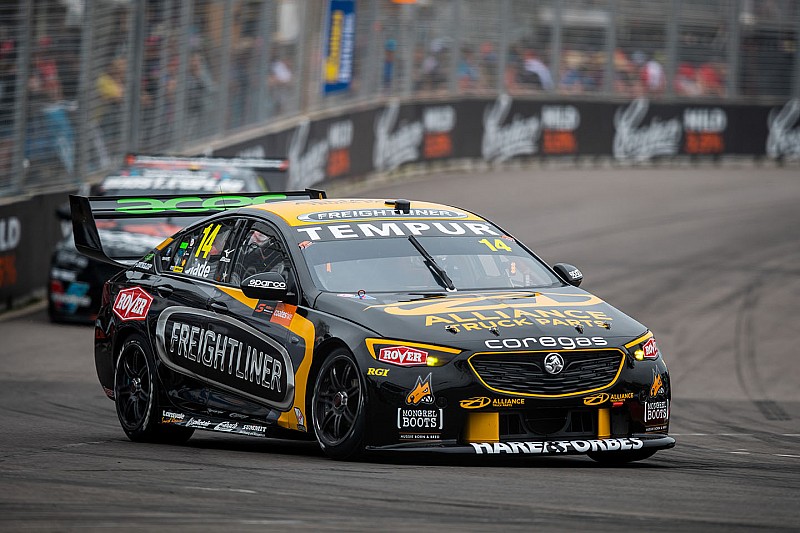 Tim Slade has confirmed that he won't be a Brad Jones Racing driver for the 2020 Supercars season.

The news is no great surprise, Slade long rumoured to be on the move after four seasons at BJR, off the back of what's been a difficult 2019 campaign.

This is, however, the first official confirmation of Slade's exit, the 34-year-old using his first podium  finish since Albert Park in March as an opportunity to announce that he won't be driving for the team next season.

"Nothing," he said when asked what is locked in for next year. "I won't be at Brad's, so I'm currently unemployed."

Slade went on to detail his struggles this season, highlighting that post-Pukekohe changes have seen an upswing in form.

He also reiterated his respect for a BJR outfit that helped him to a pair of wins at Winton in 2016.

"Pre-Bathurst, it's been a very frustrating last 12 months, just in the sense that nothing has really made sense," Slade said.

"My engineer Tony [Woodward], he's done a really, really good job. He went through the cars head-to-toe after New Zealand, found something, and I don't think it's a coincidence that after he's found something I put it to where it should be to match the other car in the team.

"I'm not just saying it, you can look at the results. We've been competitive in our team ever since.

"It's been frustrating, but on the other hand I have my best memories with BJR. I have a really, really good relationship with Brad. He's an awesome person and I think we're both pretty similar people.

"I got my first wins with Brad, and there's an awesome team of guys and girls there."

He would, however, be a sought-after co-driver for the Supercars enduros, something that could be tied in with his work with the HubAuto Corsa Ferrari squad in Asian GT racing.

"At this stage next year is a bit... I've got a fair idea of what's going to happen, I guess when all of that's signed off I'll be ready to announce what I'm doing," he said.

"Nothing is locked in, but for sure I've been lucky enough to have the opportunity to do some of that [GT3] stuff, so it's definitely something that's being considered. That could potentially be on the cards for next year, yeah."

As for the now-vacant BJR seat, Todd Hazelwood is expected to join Nick Percat, Macauley Jones and Jack Smith in an expanded line-up next season.

In other silly season news, Chaz Mostert is expected to be announced as a Walkinshaw Andretti United driver in the coming days.

He was jokingly 'delivered' to the WAU squad by Tickford staff after today's season finale in Newcastle taped to a tyre trolley.

“He was just a visitor to our pits,” WAU co-team principal Bruce Stewart told Supercars Trackside as it played out.

“We said ‘go back to your team and we’ll catch you again later’.”

McLaughlin calls on drivers: "We can be better role models"