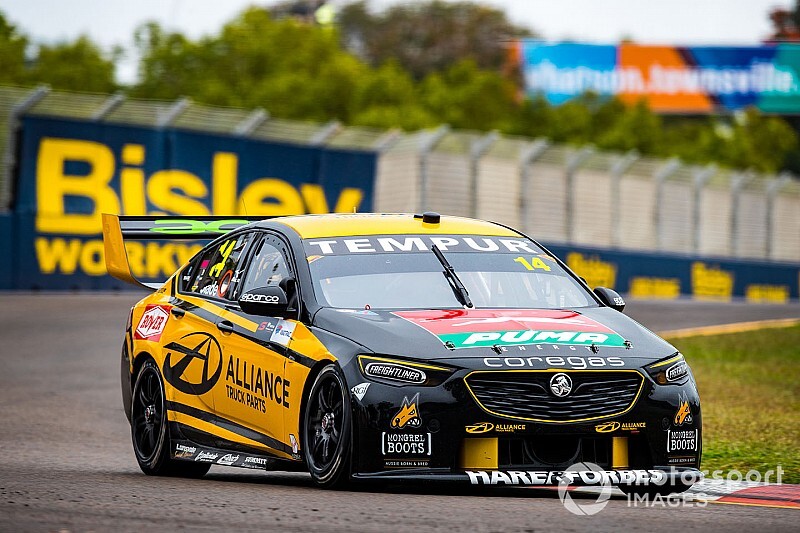 Tim Slade is officially on the market for the 2020 Supercars season, with both the driver and his current team boss Brad Jones unwilling to commit to an extension of his existing deal.

Slade's off-contract campaign has been a difficult one, the 34-year-old sitting 15th in the standings with a seven position and 436 point deficit to teammate Nick Percat.

That's put his current drive in jeopardy, a fifth season with the Albury-based team in no way a certainty as both driver and team assess their options for 2020.

According to Jones the current focus is on getting Slade out of his form slump, rather than whether a new deal will hit the table.

"Look, Timmy’s had a pretty rough year, to be honest," said Jones. "And we’re working through it with him.

"I’ve had two conversations with him about next year.

"I just want to try and get him out of the rough patch that he’s in. You come to a race track and your focus is on going good at the races. This sort of chat isn’t something that we engage at, certainly not in my team or our team.

"I’ve had very minimal discussion, and I’m happy where I am."

Slade, meanwhile, says his preference is to continue with BJR beyond the current deal, but only if there are signs of an upswing in form.

"I've spoken to Brad about it. We all want it to work; I've loved my time at BJR since day dot," said Slade.

"I have a good relationship with Brad, open and honest.

"It's kind of like well, if things don't turn around or show signs of improvement in the short term, there may not be any point in continuing, because it's not good for either of us. For Brad business is results, and it's not enjoyable when you're running around where I have been.

"We've got to make it work for each other. If that combination doesn't work, then, yeah, I guess you need to look at a combination that does work.

"I'd love nothing more than for it to work here because I enjoy being here. But it's been a long, average run. And I don't point fingers or blame anyone. Everyone is working super hard to try and figure it out, where we're going amiss.

"But time isn't really on our side. Deals need to be done. The short term goal is to try and make it work, and we'll go from there."

One team Slade has been linked to is Matt Stone Racing, which is known to be looking for an experienced driver to replace Todd Hazelwood for 2020.

Team boss Matt Stone admits Slade is on his wish list, but that the link is still pure speculation at this point.

"I've worked with Tim before, I know him personally and have for a long time," said Stone.

"I think he’s a great driver and I would love to run him, but as far as speculation goes that’s pretty much all we’re talking about.

"There’s nothing I can really say one way or the other."

When asked about the MSR link, Slade indicated it was a viable option, but that a new BJR deal is still his preference.

"In theory, when you're off contract and there are seats available, they're options," he said.

"[MSR has] done a really good job. They have all the key ingredients in the team. But like I said, we'll just try and make this work first and foremost, and then think about Plan B."

When pressed on Slade being linked to other teams, Jones added: "If that’s the right way for Timmy to go, and that helps get himself sorted out, then I don’t have a problem with that.

"But right now he’s with me until the end of the year and we need to get the best results we can."

Stoner: I could have beaten Marquez in straight fight