Stadium Trucks dumped from Gold Coast due to safety concerns 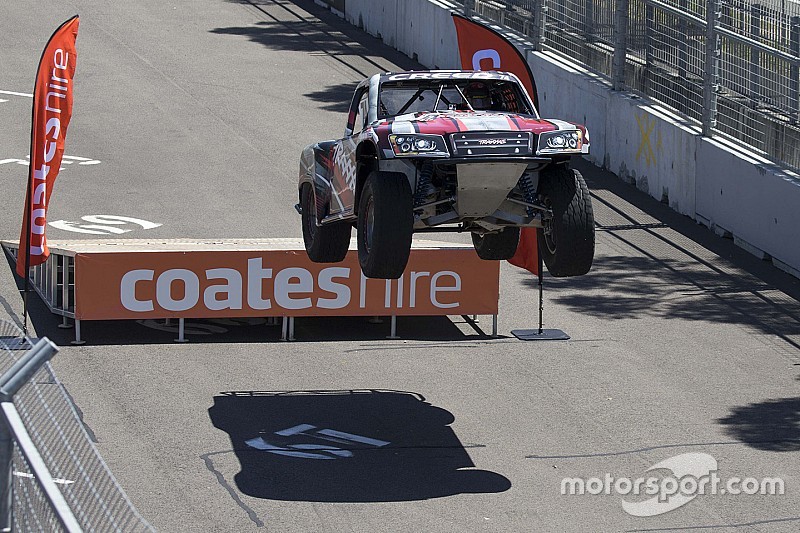 The Stadium Super Trucks are set to be replaced by the V8 Touring Car Series on the Gold Coast 600 support bill after a last-minute ban due to safety concerns.

The Confederation of Australian Motor Sport has benched the US-based Stadium Super Trucks from the Gold Coast line-up on safety grounds, opening up a last-minute support slot for the final Supercars enduro of the season.

Motorsport.com understands that the third-tier Kumho Touring Car Series will take the vacant spot with a non-championship round, its regular season having wrapped up at The Bend last month.

The series slots in behind Supercars and Super2 in the Australian Touring Car hierarchy, with pre-Car of the Future spec Fords and Holden.

As for the future of Stadium Super Trucks in Australia, a CAMS spokesperson told Motorsport.com that the "door is not 100 per cent" closed on a return, but that the series has been suspended for the time being.

Stadium Super Trucks has run afoul of CAMS in the past; last year series owner Robby Gordon was heavily fined by police and slapped with a competition visa ban by the governing body after performing a burnout in downtown Darwin after competing at Hidden Valley.

The ban was later lifted after Gordon donated $10,000 to the Australian Road Safety Foundation.