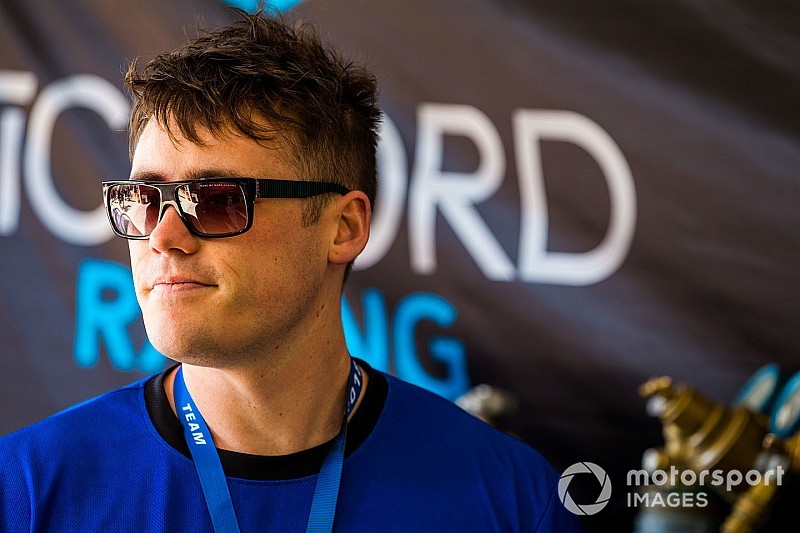 Richie Stanaway says he'd be devastated to miss out on a spot on the Supercars grid in 2019, amid speculation about Tickford's plans beyond the current season.

The Kiwi has endured a tough rookie season in Supercars, a much-hyped debut yielding just a single Top 10 result so far this year.

That's led to some serious doubts over his future in the category, his second year as a Supercars driver understood to be under threat as Tickford undertakes a period of change that includes Mark Winterbottom leaving the squad and a Racing Entitlements Contract being handed back to Supercars.

While technically contracted for another year, Stanaway has acknowledged that a strong finish to 2018 could be crucial to his 2019 plans.

He also says he'd be devastated if he didn't get to continue with the team, despite the tough rookie season.

"Potentially, yeah," he said when asked if he needed to finish 2018 well.

"We just have to wait and see.

"I’d be devastated [if I missed out]. It’s what I’ve always wanted to do.

"I know it’s been a tough season, but I’d like to think I’m good enough if I’m given the right opportunity and have the right people around me, which obviously takes time.

"Obviously if it happens I’ll be pretty disappointed, but I haven’t had to think about it at this stage.

"I just feel like I haven’t had a fast car under me, for whatever reason. I know that there’s still a bit left in me, but a lot of it has been in the car.

"I’m just getting better, we had a pretty bad run through the enduros, but it just takes time in this sport I think.

"Hopefully we can go better this weekend, and Newcastle as well."

Tickford boss Tim Edwards wouldn't comment on Stanaway's 2019 prospects beyond confirming that there is a deal in place: "We've got an agreement in place with Richie for next year," he said.

Edwards did, however, admit that the Kiwi's rookie season form has been perplexing, albeit not helped by Tickford's inconsistent car speed.

He also acknowledged some promising signs so far this weekend, Stanaway qualifying 12th before being questionably penalised after being caught up with Lee Holdsworth and Fabian Coulthard during the race.

"It is perplexing to us, just as it is to people on the outside," he said.

"But it just seems that anything that can go wrong, goes wrong, whether it's accidents, whether it's getting involved in other people's issues.

"The problem is when you qualify towards the back, you're on the back foot and you're racing out of kilter.

"To be fair, we haven't given him the best car this year. There's no shining away from that. We're certainly starting to find our feet over the last few rounds, but we haven't got as competitive a package as we had last year.

"That hasn't helped Richie's case. In some instances our whole group has been in the back half of the field. It's not all about Richie and his performance. There is an element of how we've performed as a team as well.

"In saying that, when we have started finding out feet he's still struggled a little bit."

"It's great to see [so far] this weekend he's pretty close to the other three guys. That's what we'd expected by this point of the season."

The exact make-up of the team beyond this season is yet to be determined, with a REC having been returned but the team refusing to confirm that it will only run three cars in 2019.

An increased involvement in the 23Red Racing entry appears to only be a race-weekend prospect, opening the door for an 11th-hour return to four cars could a late REC deal be struck.