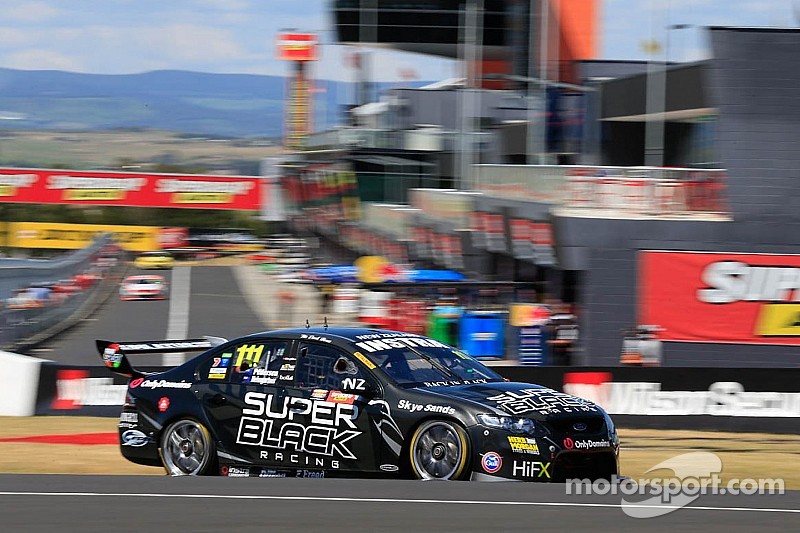 Super Black Racing prepares to launch an assault on V8 Supercars in 2015.

After their promising finish at The Great Race last year, Super Black Racing joins the PRA juggernaut with a rising star at the wheel.

With testing less than a month away, the New Zealand based V8 Supercar team, Super Black Racing, now confirms that they will be the fourth car in the garage of back-to-back Bathurst winning team, Prodrive Racing Australia (PRA).

Following upon their successful performance at the 2014 Supercheap Auto Bathurst 1000 (which included support from PRA), the decision by Super Black Racing to strengthen their partnership with PRA during the 2015 V8 Supercars season seemed a natural fit.

Says Super Black Racing team owner, Tony Lentino, “After we had such a good experience with PRA at Bathurst last year, it was an easy decision to carry on with them this season in a greater capacity.

They have extensive experience across the various facets of the sport and we know they’re going to work incredibly hard to give us the best shot at success.”

Behind the wheel of Super Black’s #111 Ford Falcon will be 19-year old Andre Heimgartner. Tasked with leading the team in its maiden V8 Supercars season, the young racer was ecstatic at the chance for such an opportunity.

“I just can’t wait to start racing!” said Heimgartner. “The team at PRA are amazing to work with and I’m sure I’ll soak up a lot of information from them which will be a huge help for us.”

Tim Edwards, team boss at PRA, stated that the team is looking forward to building upon the relation with Super Black after their excellent results at Bathurst.

“PRA is honored to have Super Black Racing joining us in 2015. It’s going to be exciting for fans to have a New Zealand team to cheer for and I’m sure they’ll make New Zealanders proud,” said Edwards. “The team will enjoy all the same resources as our other three entries and we’re sure there will be some good internal rivalry with our Kiwi mates.”

The addition of another blue oval on the starting line (along with the #17 Ford Falcon of Marcos Ambrose) bodes well for the manufacturer who has recently taken a hit after announcing it will be withdrawing all financial backing from the series at the end of the 2015 season.

Aero testing begins for V8SC manufacturers, Falcon gets a facelift