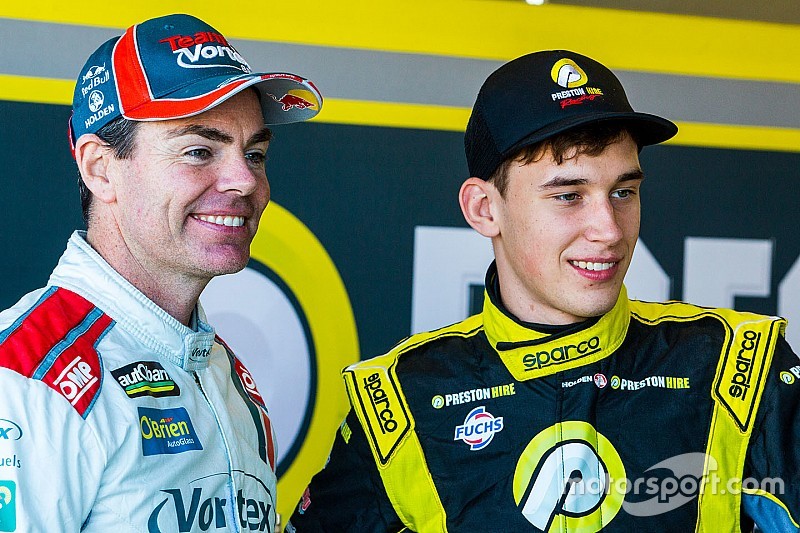 Brothers Kurt and Jake Kostecki could race at this year’s Bathurst 1000, with the Super2 regulars currently assessing a wildcard entry.

The Perth-born teenagers currently compete in the second-tier Super2 series in Triple Eight machinery, and are now looking to make a one-off start in the main series together at the biggest race on the Australian motor racing calendar.

The Bathurst outing would be 17-year-old Jake’s first full-blown Supercars start, while 19-year-old Kurt made his debut at the top level last year when he replaced the injured Lee Holdsworth at Townsville and Queensland Raceway.

Supercars opted to not award Super2 championship points at Bathurst this year, to encourage second-tier teams to step up for the Great Race.

The Kosteckis are expected to make a decision before the Townsville event in July, with plans to use performance in Super2 as the key indicator into whether or not they’ll take the plunge.

“We’re still looking at doing a Bathurst wildcard with my brother and I, which won’t affect our Super2 series,” said Kurt Kostecki.

“That’s something we’re working towards before the end of the year.It’ll come around pretty quickly, so we’ll have to make a decision relatively soon on that.

“It’s performance based. We want to know that we won’t go up there and make fools of ourselves. We want to be able to finish the race and be consistent – there’s no point spending the money to do it only to crash the car and end the weekend early.

“If we’re running strongly and cleanly in Super2 then that’ll be the determining factor in doing the wildcard.”

The older of the two Kosteckis has also been linked as a replacement for Taz Douglas in the LD Motorsport Commodore from next week’s Barbagallo Raceway round in Perth onwards.

While the Kostecki deal now appears unlikely to go ahead, LDM has made little secret of the fact that it’s on the hunt for a driver with a budget to replace unfunded stand-in Douglas.

Team owner Lucas Dumbrell confirmed that there is increasing interest in the full-time main series seat.

“There’s been a fair bit of interest. People are starting to see that it’s a good option,” he said.

“[Kurt] is one of the options. But we’ve had conversations with most of the Top 10 in [Super2] that aren’t doing wildcards or have an enduro drive elsewhere.

“There’s nothing signed yet, there’s still things to sort at both his end and my end.”

Dumbrell added that a full-time driver with a proper budget would also help develop teen sensation Alex Rullo, who has enjoyed a solid start to his Supercars career.

“Taz is great and it’s been a big help, but he’s doing it pro bono,” said Dumbrell.

“Everyone knows how expensive this sport is, so it’s not necessarily a long term solution.

“Ideally we’d have someone bringing some budget. That’d mean we could do it properly and run two cars at the same level. It’s not that we’re making concessions for Taz’s car, but it’d be nice to have a full staff, do some testing, things like that.

“It would be a huge help for Alex to have two cars running at the same level, too.”