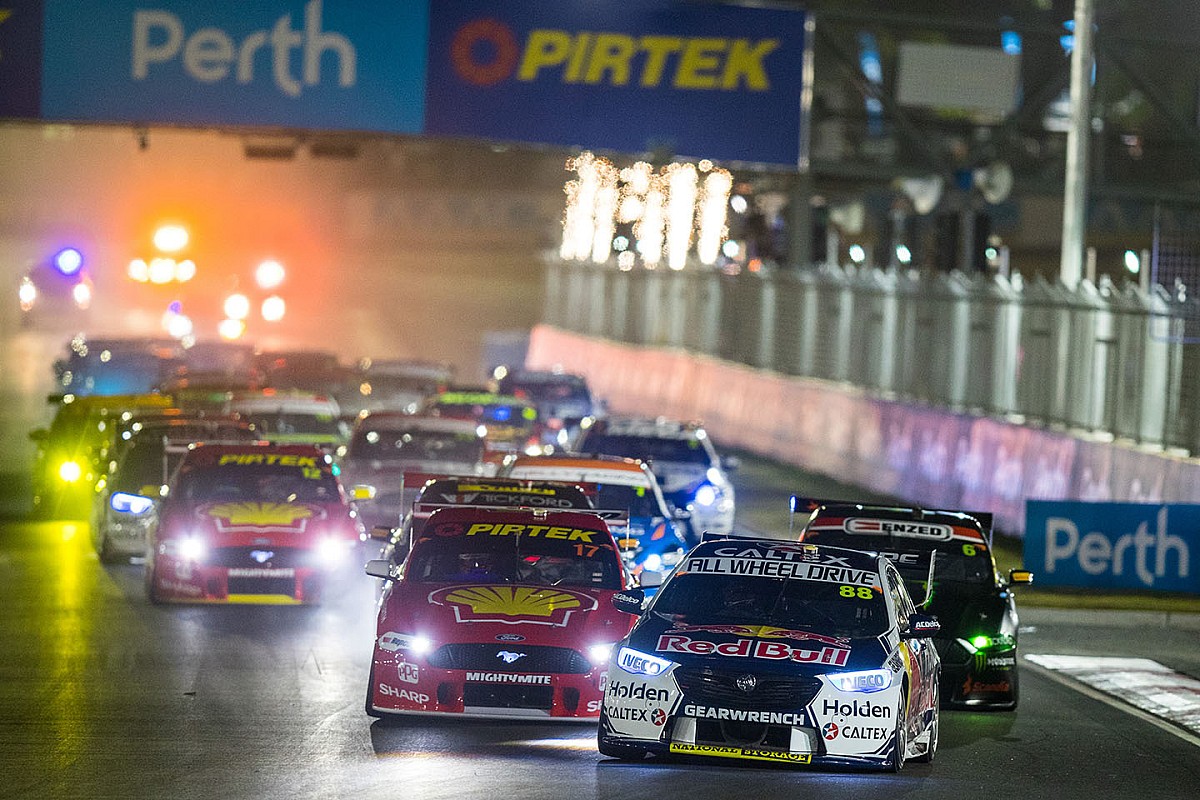 Supercars has unveiled its 2020 calendar, along with confirmation of new SuperSprint and SuperNight formats.

The series has prioritised three-week gaps between rounds for the majority of the 60th Australian Touring Car Championship/Supercars season, with a six-week break through July and August for the Tokyo Olympics.

As first reported by Motorsport.com the annual trip to New Zealand will return to an April slot, coinciding with ANZAC Day, with ongoing consideration for twilight racing at Pukekohe.

Winton has retained its place on the 14-round schedule at the expense of Queensland Raceway.

Phillip Island misses out altogether, while there will be night racing at both Barbagallo Raceway and Sydney Motorsport Park.

The SuperNight format will be tweaked, however, to incorporate a twilight Sunday race for the first time.

The Australian Grand Prix will also have a new format, with four 100-kilometre races that will include a mandatory use of both Dunlop tyre compounds.

A parc ferme regulation will be in place for the Tasmania, Perth, Winton, SMP and Sandown rounds, while there will be Top 10 Shootouts at Adelaide, Pukekohe, Townsville, Darwin, The Bend, Bathurst, Gold Coast and Newcastle.

In terms of deals, there's a new five-year agreement between Supercars, Tourism and Events Queensland and the Queensland Government for the Townsville and Gold Coast races.

There is also a new three-year agreement with the Melbourne Racing Club for a Sandown round, however it will be a normal single-driver SuperSprint event.

As we first revealed last month, the 2020 season will formally kick off with an all-in test at The Bend.

That's been locked in for February 18, with Adelaide hosting an official season launch ahead of that weekend's Adelaide 500.

The AGP and Symmons Plains are followed by the ANZAC Day Pukekohe race, as Perth shifts to a mid-May date.

Winton moves forward to the Queen's Birthday long weekend in June, while Townsville and Darwin swap positions in the 'northern swing'.

The Olympics break follows Darwin, the season reigniting under lights in Sydney at the end of August.

Both the Darwin and Sydney rounds could have a cross-discipline element, with Supercars investigating adding bike and drag racing to the schedule.

The Season of Endurance will kick off at The Bend in mid-September. The Gold Coast, meanwhile, moves back a week to avoid the clash with the Australian MotoGP round, with a bold plan in place to race under lights around Surfers Paradise.

The Race to the Grid format that's been used at Sandown in recent years won't be carried over to The Bend.

The conclusion of the season will be a week later than this year, the Newcastle 500 set to wrap up on December 6.