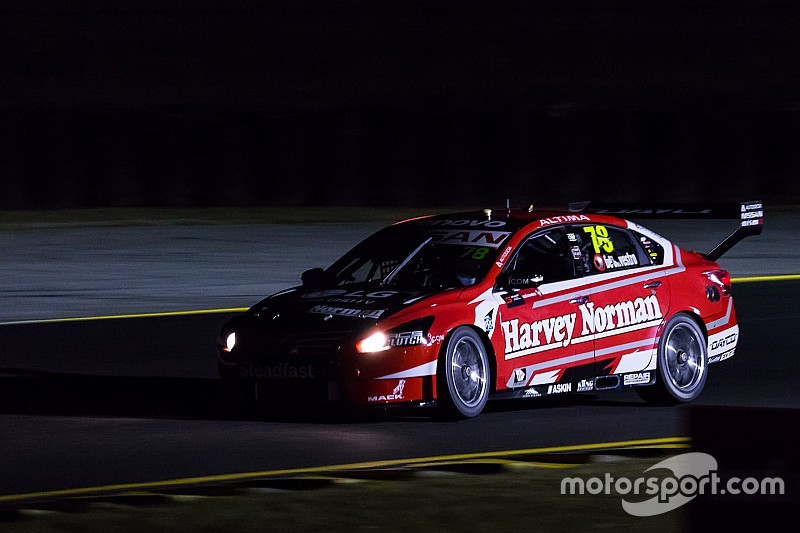 Supercars has expanded the programme for this year's night round at Sydney Motorsport Park to include under lights-running on both Friday and Saturday.

The series had originally planned to run its brand new SuperNight format over a single night, mimicking a football match with a full programme packed into a three-hour period on a Saturday.

However Supercars has now tweaked the format to split practice over Friday and Saturday, with running set to kick off with the first session under lights at 6pm on Friday, which will be broadcast live on Fox Sports in Australia.

There will then be a second practice session on Saturday afternoon at 1:15pm followed by qualifying at 4:20pm, which will utilise the three-part format introduced earlier this season.

The system, inspired by both MotoGP and Formula 1, was initially introduced only for the Symmons Plains and Perth rounds, but will now also be used in Sydney to give the two practice sessions more importance.

The SuperNight round will then finish with a single 300-kilometre race starting at 7:20pm on Saturday evening, the winner taking all 300 championship points on offer.

“We are really looking forward to it," said Supercars CEO Sean Seamer.

"Having cars on track on the Friday night is a huge add-on for the fans and viewers, also giving the teams and drivers valuable track time under lights before we go racing.

“It’s important on two counts; firstly to give our drivers and teams the opportunity to drive in the conditions and secondly to give our fans a look at what will be an amazing spectacle.

“We have done a couple of tests in different areas of the circuit which have proven a great success. The cars look spectacular at night, the driver feedback has been terrific and it will look amazing on television.”

The support card will be made up of both the Australian and Asian Carrera Cup championships, as well as the Australian GT Championship, with all three categories on track both Friday and Saturday.