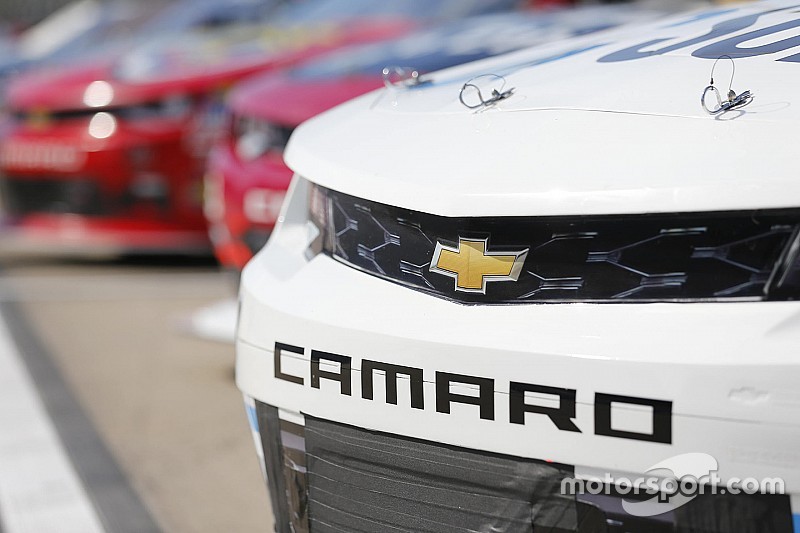 The polarising look of the new Ford Mustang has sealed the short-term fate of the Supercars-spec Camaro.

Walkinshaw Andretti United has been investigating bringing the Camaro into Supercars since mid-way through last year, details of the planning stage coming to light over the Bathurst 1000 weekend in October.

However the Ryan Walkinshaw-led team has simultaneously been campaigning for changes to the Supercars control chassis, predicting that the high roll hoop line built for a four-door sedan wouldn't work for a low-slung two-door sportscar.

The Mustang, the first two-door model to join Supercars under the Gen2 regulations, has helped legitimised that argument, its proportions having sparked a mixed reaction since the car's first public appearance back in November.

It's also sealed the short-term fate of the Camaro, Walkinshaw confirming that the project is on hold until a chassis more suited to two-door cars is available.

"Look, I'm sure [engineer] Ludo [Lacroix] and Penske have made sure that that thing is as fast as it is ugly," said Walkinshaw.

"For us it's very simple. Walkinshaw Group actually sells the Camaro here in Australia with General Motors Holden, and we're not going to bring a car onto the race track that hasn't got the integrity of the original product in its design.

"If and when Supercars change the roll hoop regulation to allow cars with that sort of body shape into the category... and I'd like to think that they're looking at that seriously, because it opens the door to all sorts of other exciting products that teams could race. We wouldn't be stuck in this niche category of four-door sedans, or highly bastardised two-doors to try and make them fit a chassis that doesn't need to be how it is.

"Then we'll definitely look at it. But at the moment, while the regulations are the same, it just doesn't make any sense to us.

"We put a lot of work into the [Camaro] programme, but that's the sticking point for us.

"If and when that changes, then yeah, it's something we'll be excited about exploring again."

The Mustang makes its competitive debut on the streets of Adelaide this weekend, practice set to kick off this evening.