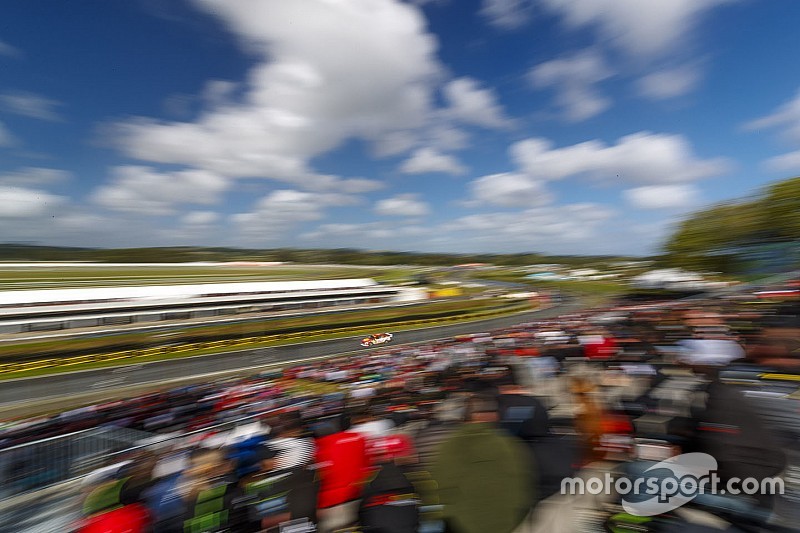 The Supercars Commission will make a call on a shuffle in the Pukekohe format for 2019 later this month.

The New Zealand round has been shifted forward in a revamped 2019 schedule, moving from the penultimate spot on the calendar to the pre-Bathurst date in September formally occupied by the Sandown 500.

That adds some complications in terms of scheduling, with daylight savings not set to start until a fortnight after the Pukekohe weekend.

With New Zealand already two hours ahead of the east coast of Australia, and at that time of year four hours ahead of Perth, having to run within daylight hours could prove challenging for the core Australian audience.

As a result the weekend could shift to a twilight format, finishing under lights.

There were even suggestions in the Pukekohe paddock last weekend that a format shake-up could include making it a two-driver race, reinstating a warm-up race for co-drivers before Bathurst.

However Supercars is adamant that, at least for 2019, the event will run as a SuperSprint round.

“We are really happy with the weekend and the event," said Supercars CEO Sean Seamer in a statement provided to Motorsport.com.

"It’s good to see the people and the big crowds turn out. Yes, we have a good position with two Kiwis in the championship hunt but we think we can always do better. That is the same for all of our events.

“Next year we will be running pre-daylight savings, so we may have a conversation around twilight but fundamentally we are happy with the current format.

"The Commission will make those decisions shortly.”

The series is enjoying significant momentum across the Tasman thanks to the success of New Zealand drivers, a Kiwi certain to win the title this year as Shane van Gisbergen and Scott McLaughlin prepare to face off in Newcastle.

That groundswell translated into crowd numbers last weekend, an increase of 5000 spectators across the weekend resulting in a total of 110,678.

In the wake of the impressive numbers, both Shane van Gisbergen and Scott McLaughlin spoke about adding a South Island race alongside Pukekohe to create a New Zealand double-header.

"The passion here is second to none," said van Gisbergen. "It rivals Bathurst. It’s so awesome, we need to have a race down the South Island or something as well, embrace it more."

McLaughlin added: "We do sea freight and bring the trucks over and stuff, I'm sure [a double-header is] probably not a bad idea.

"Any time we get to race even more in New Zealand is awesome. I'm not sure the Australians will like it, but we'll enjoy it."

However Supercars is not currently investigating a second NZ race.

“We are in Pukekohe next year with a plus one," continued the statement.

"We will keep talking to Motorsport NZ and [Auckland events arm] ATEED about what happens after that.

"At the moment our focus is 2019 and getting that right. We will turn our attention to 2020 and beyond next year. At the moment Pukekohe is where are at in New Zealand."