Supercars has confirmed that the category is set to switch to a new version of its 2016-spec Dunlop control rubber for the 2018 season. 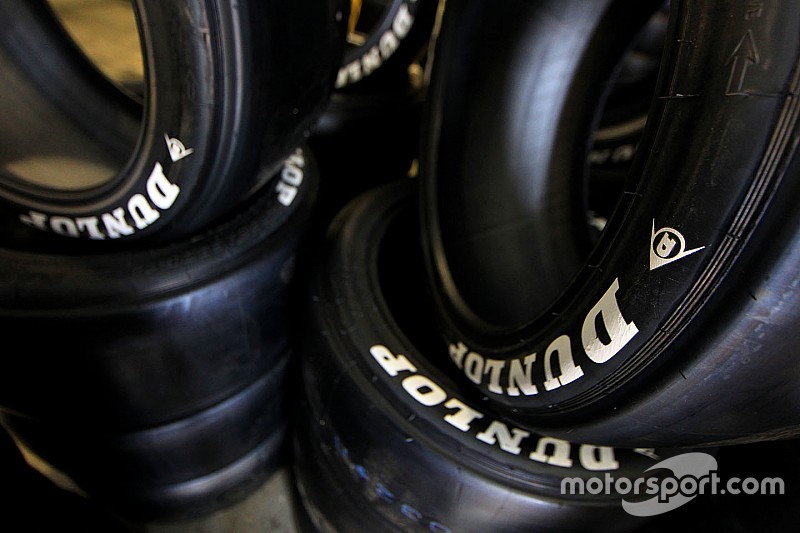 The category moved to a new-spec control tyre for the 2017 season, with a flatter tread area and squarer sidewalls.

But while the tyre has proven fast, there have been some reliability issues – to the point where a spate of failures at the Phillip Island round led to the category reverting to the 2016-spec tyre for the other high-load rounds, namely Bathurst and Pukekohe.

It's likely that an upgraded version of that 2016-spec tyre construction will be used full-time next season for both the softer and prime compounds, Supercars confirming as much on its official website.

“Dunlop continues to be an outstanding Supercars partner and has played a big part in making the championship as close as it’s ever been,” said series CEO James Warburton.

“Migrating the 2016 tyre and technology with small upgrades into 2018 will ensure a fantastic season ahead."

The category has also confirmed that once again the Supercars season will kick off with a pre-season test at Sydney Motorsport Park, which will come the day after a proposed season launch in Sydney on February 15.

The test will not be compulsory for the team, but will count as one of each team's three permitted test days whether they participate or not.

“The teams are keen to rationalise their test days and come together at Sydney Motorsport Park to understand the tyre, like they did this year," added Warburton.

“We’re organising a non-compulsory test day on their behalf and for us, it makes sense to combine that with a season launch in Sydney.”

Changes made to Supercars Superlicence criteria