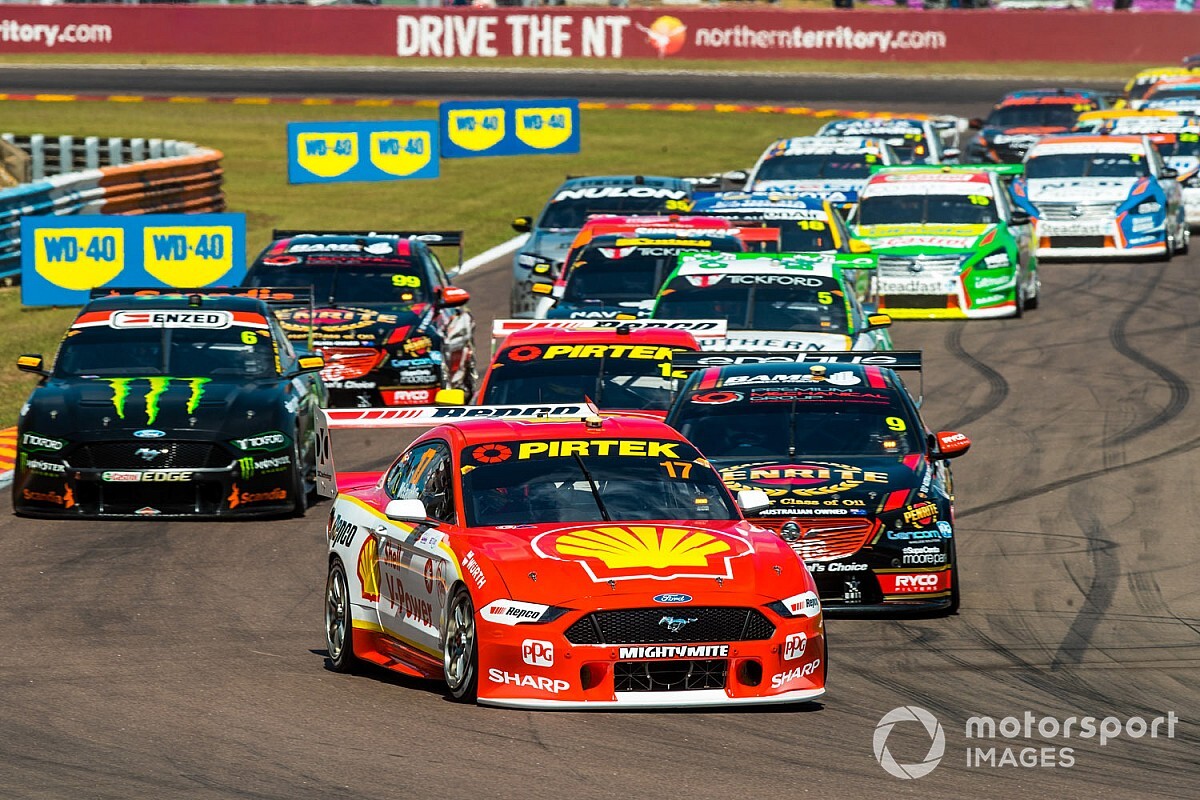 This weekend Supercars heads to Hidden Valley for the Darwin Triple Crown. Click here to find out how to watch the races, when they start and more.

After being pushed back a week, the first round of a four-week long northern swing for Supercars will take place in the Top End this weekend.

The Triple Crown will feature three short, sharp sprint races, each just 110 kilometres in length – the shortest we've seen since the resumption of the 2020 season.

Each of those races will feature a single mandatory stop for at least two tyres.

Rubber is set to play a major role for the weekend, with the controversial mixed tyre compound rules back. That means just two sets of softs and three sets of hards for all competitive sessions.

There is one tweak – Saturday's qualifying session will take place solely on the hard compound Dunlops. However the remaining sessions and races will be free choice, the only stipulation being that only one compound can be on the car at any one time.

When is the Supercars Darwin Triple Crown?

There will be three 110-kilometre sprint races at Hidden Valley, each requiring a single pitstop during which at least two tyres need to be changed.

How can I watch the Supercars Darwin Triple Crown?

The live Fox Sports coverage for Saturday's Supercars action in Darwin will start at 11:15am AEST, right before the first of two free practice sessions.

On Sunday the Fox Sports telecast will begin at 12:00pm before the first of two qualifying sessions.

Channel 10's live coverage will begin at 12:00pm AEST on both Saturday and Sunday.

Can I stream Supercars Sydney SuperSprint?

Qualifying for the Supercars Sydney SuperSprint can be live streamed via subscription streaming services Foxtel Go, Foxtel Now and Kayo.

Foxtel Go is part of a regular Foxtel subscription, while Foxtel Now is a standalone service that costs $54 per month including the Sports package.

Kayo is a dedicated sports streaming service with subscriptions starting at $25 per month.