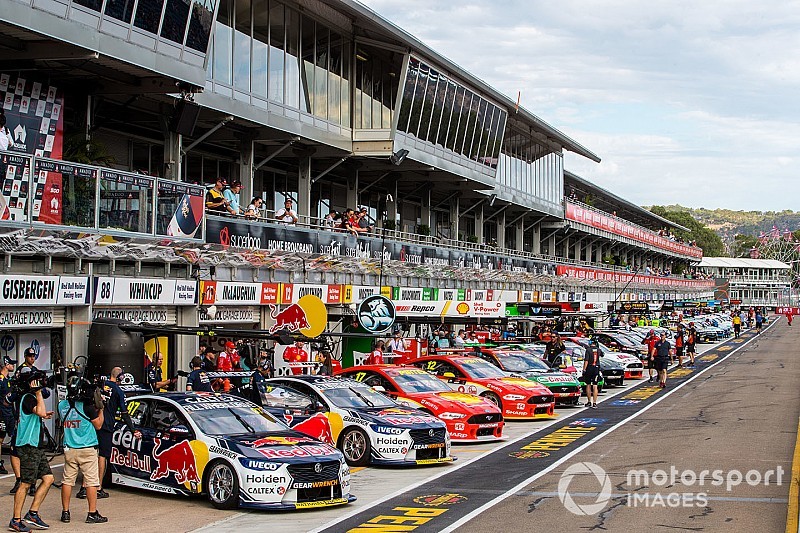 Stuart, who joined the Confederation of Australian Motor Sport from Supercars at the end of last year, will replace Michael Masi in the Deputy Race Director role for the 2019 season, working alongside Race Director Tim Schenken and Driving Standards Advisor Craig Baird.

Stuart hasn't been thrown completely in the deep end, however, with Masi on hand to help the transition at this weekend's Adelaide 500. He'll then move into a new role within CAMS and the FIA, part of which will be a Race Director role at selected Carrera Cup rounds.

According to Stuart, who worked as a race engineer for Dick Johnson Racing and Stone Brothers Racing/Erebus before moving to the top of Supercars' technical department in 2014, the DRD role is a whole new challenge.

"It's exciting. It's very different sitting up there," he told Motorsport.com.

"For the last four-and-a-half years [at Supercars], and 15 years before that, I've listened to Tim and Michael and the other Super2 race directors through the years from a race engineer's point of view, listening for the instructions.

"And at Supercars, in my former role, I had a lot more interaction with Tim and Michael in their roles... but when you get up there and you're the one making the calls, it's very different."

In terms of driving standards and infringements, Stuart said the 'wholly or predominantly to blame' rule will continue to underpin the decision-making for him and Baird.

"Without speaking for Supercars, there's been no direction for that to change," he said.

"We put that in play two years ago now, it's now the third year.

"Craig worked exceptionally well with Michael in that DRD/DSA role. I don't see any reason for that to change this year, just because Michael has left the seat and I'm in the seat."

However there have been sweeping changes for pitlane infringements, with a new regulation regarding wheel-spinning and a re-wording of the refuelling rule to help remove grey areas that contributed to a controversial end to the 2018 season.

It's also been confirmed that pitlane infringements will be punished by a 15-second penalty rather than a drive-through, all changes that Stuart is on board with.

"It should [make it clearer]," he said. "As does having Supercars providing that clear direction on what they want.

"And, also, the penalty that goes with it has been re-defined, which is a good thing. It gives you the opportunity to stay in the game. The biggest thing is that as soon as you have a drive-through penalty, you're out of the game, because the cars are so close in speed.

"I think that's a good thing. The proof will be in the pudding."