The much-anticipated Supercars All Stars Eseries kicks off tonight with races at Monza and Phillip Island. Here's how we think each team and driver will fare. 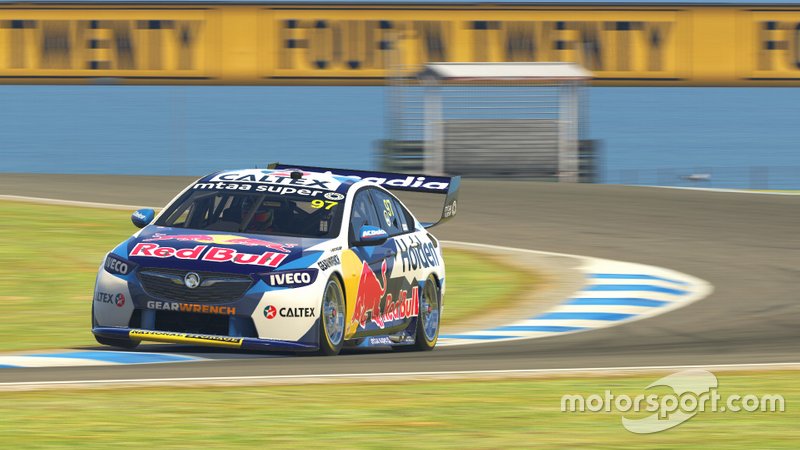 As is the case in real life, it'd be no surprise to see a Red Bull-backed Commodore taking wins in the Eseries.

The team leader will definitely be Shane van Gisbergen. He's an experienced sim racer who regularly bashes virtual wheels with the likes of Max Verstappen. The Giz will, without a doubt, be one of the absolute front-runners.

Jamie Whincup brings a lot less sim racing experience to the table, but his competitive spirit seems to already be getting the best of him. With a brand new sim at his disposal, could he trouble what's bound to be a packed midfield? 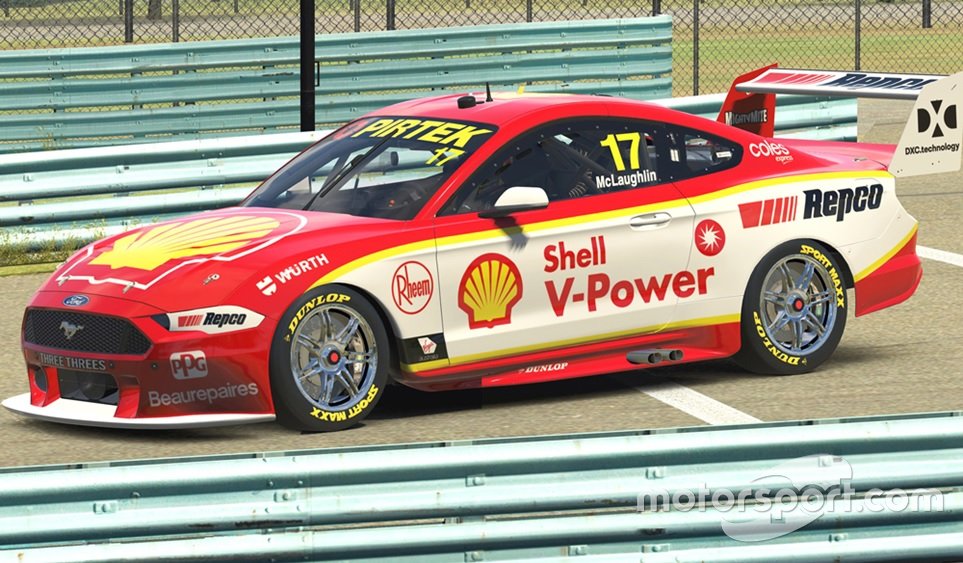 The familiar site of the #17 Shell Mustang streaking to wins may well carry over to the virtual world too.

Scott McLaughlin is a recognised sim racing guru, something he made abundantly clear by winning the second official IndyCar Eseries race over the weekend – despite needing to get up at 3am.

Fabian Coulthard doesn't have the same level of experience, but, like Whincup, he has recently taken delivery of some crack gear. Hard to say exactly where he'll shake out. 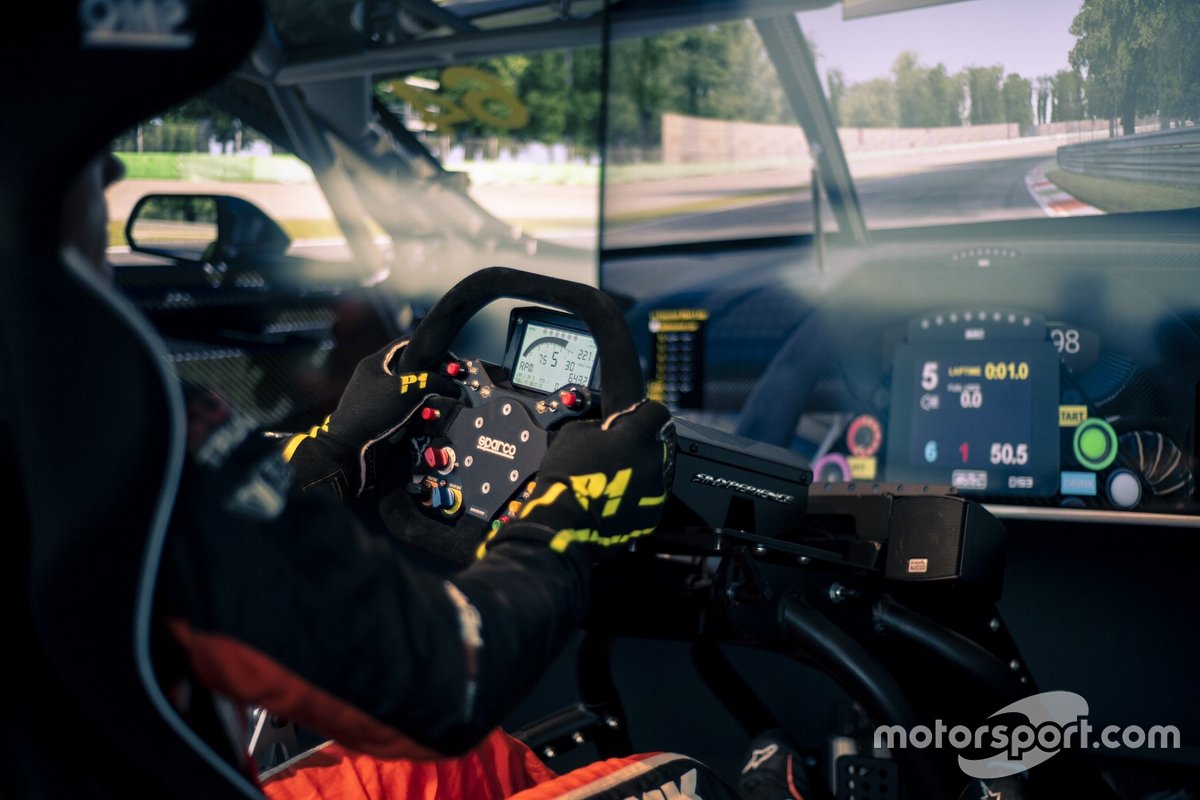 All four Tickford Racing drivers have decent gear at their disposal for the Eseries, a sign that they're taking it seriously. Although Cam Waters' hysterical preview video late last week suggests otherwise...

While none are recognised sim aces like others in the field, you'd think all four could trouble the Top 10 at any point. 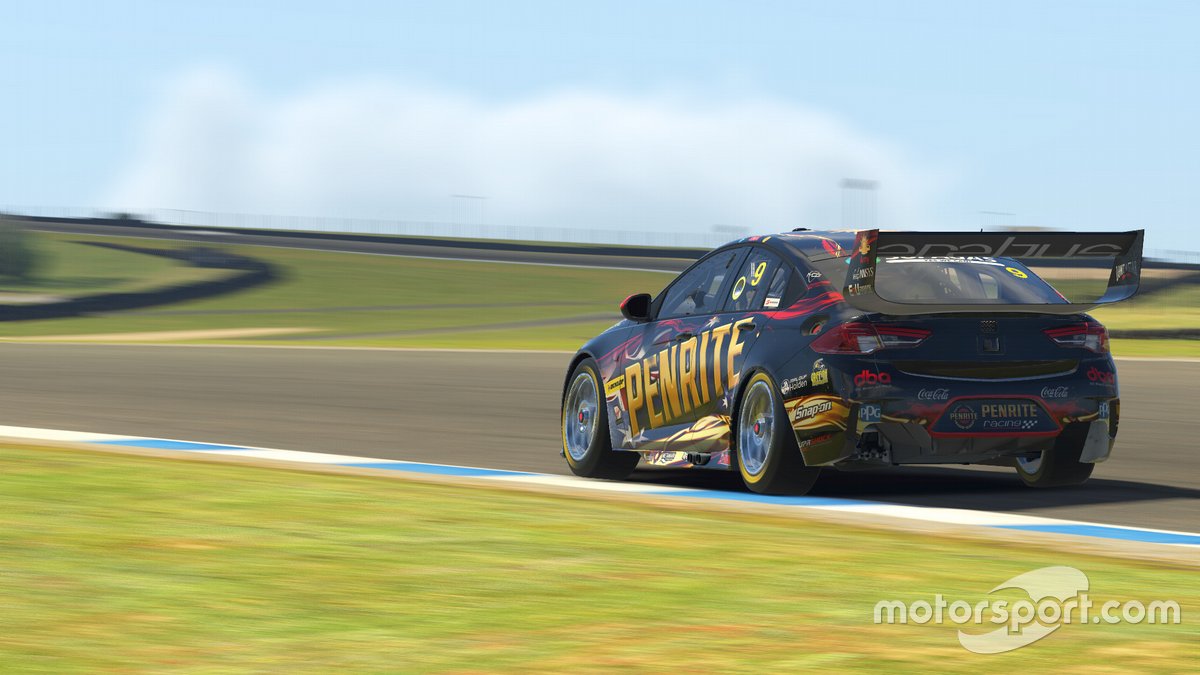 This is the ultimate mis-match in terms of both sim experience and enthusiasm for virtual racing.

Anton De Pasquale has been named by many as the man to beat, and will almost definitely form part of a formidable top three along with van Gisbergen and McLaughlin.

Reynolds, however, has never taken even a passing interest in sim racing. He had to acquire gear just to take part, and was disqualified from his first iRacing practice for driving the wrong way. 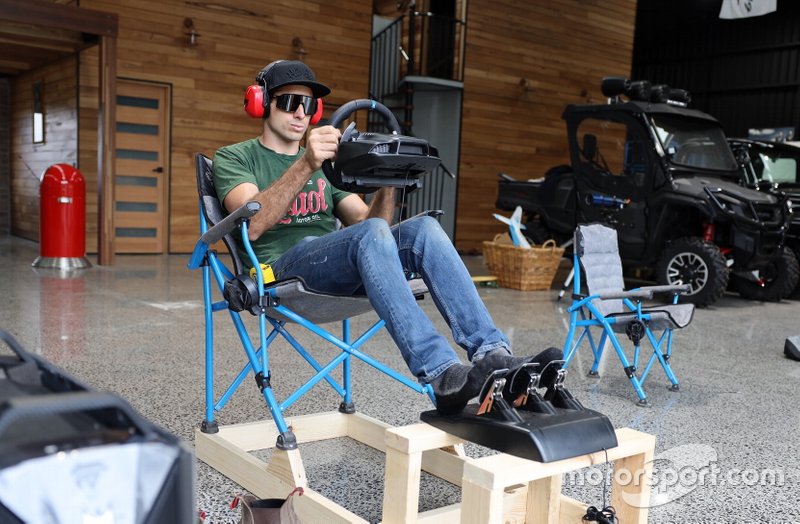 Andre Heimgartner has a pretty impressive set-up at his disposal, which he used to finish 15th in the offical Formula 1 Eseries race over the weekend.

Rick Kelly, a sim racing rookie, decided to build his own simulator for the Eseries – out of timber and a fold-up camping chair.

Heimgartner could be a contender. Kelly almost definitely won't be. 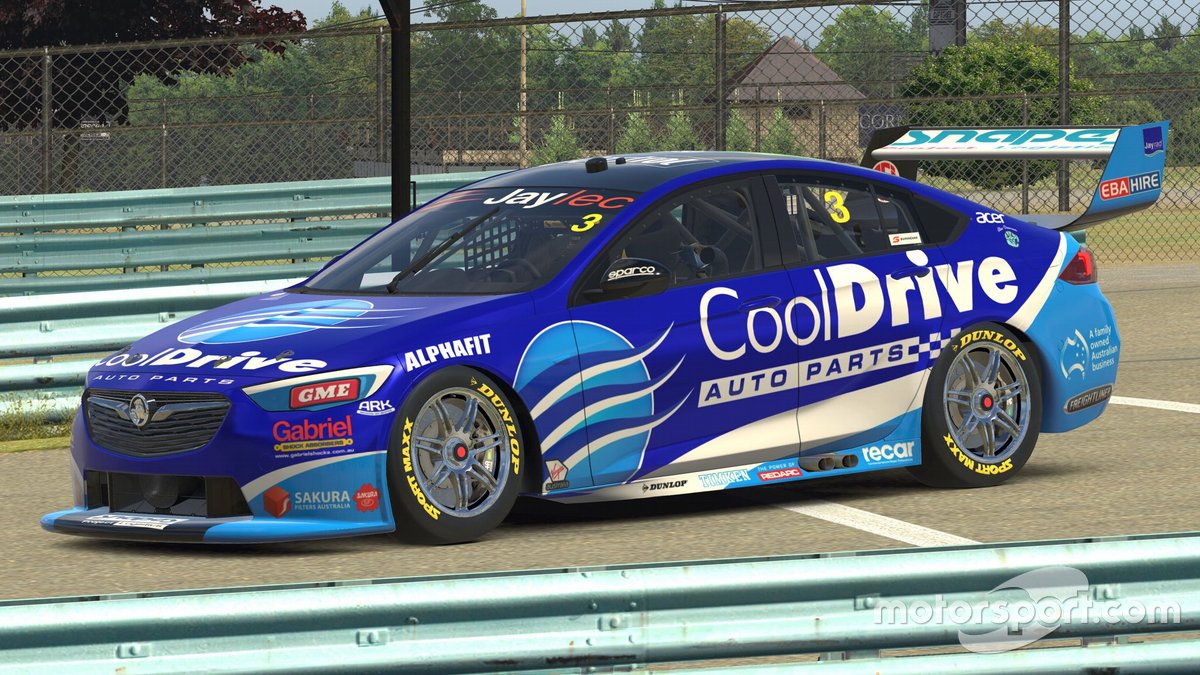 Nick Percat is probably the pick of the BJR bunch. He might not dedicate the sort of time to sim racing as the 'big three', but he's got a lot of experience, good gear, and a competitive streak that'll drive him to want to at least be the best of the rest.

He may face some intra-team competition from Macauley Jones, however, who has an impressive set-up of his own and is known to be pretty speedy in the virtual world.

Todd Hazelwood and Jack Smith are both very new to sim racing and unlikely to trouble the single-digit positions – at least for the first few rounds. 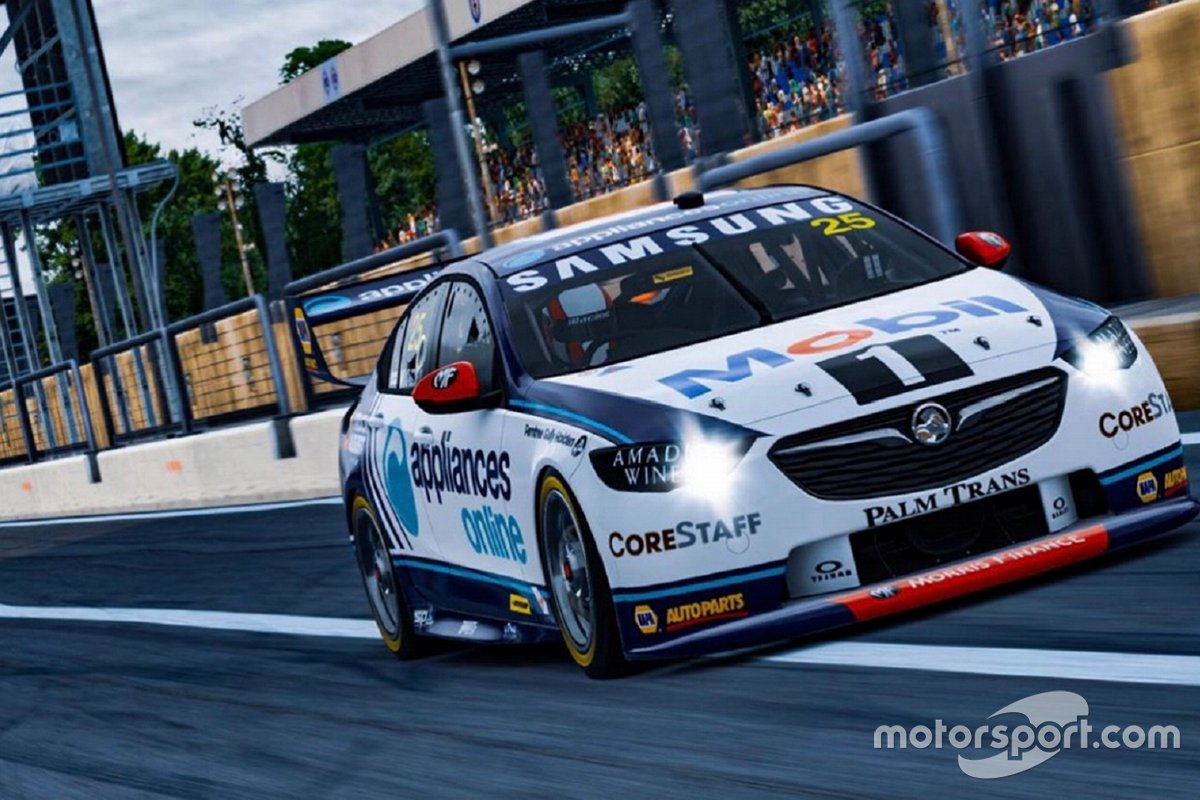 Chaz Mostert may not have done a lot of sim racing recently, but he's already been talking about the competitive juices starting to flow as he's got deeper into preparations.

Both he and teammate Bryce Fullwood have the potential to run well into the Top 10. 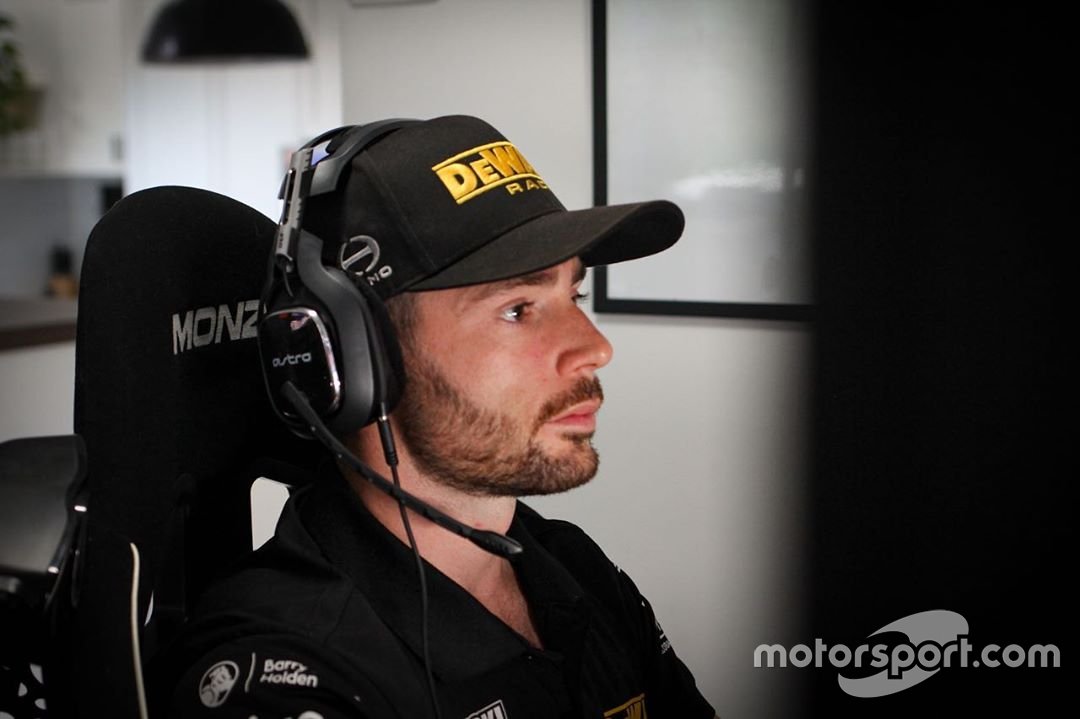 As a father of three, Mark Winterbottom reckons he hasn't had much time for sim racing in recent years. Still, he's acquired some good gear for the Eseries and isn't the sort of competitor that will happily run around at the back, so watch for him to improve as the season wears on.

Scott Pye (above), meanwhile, could very much be a front-runner. 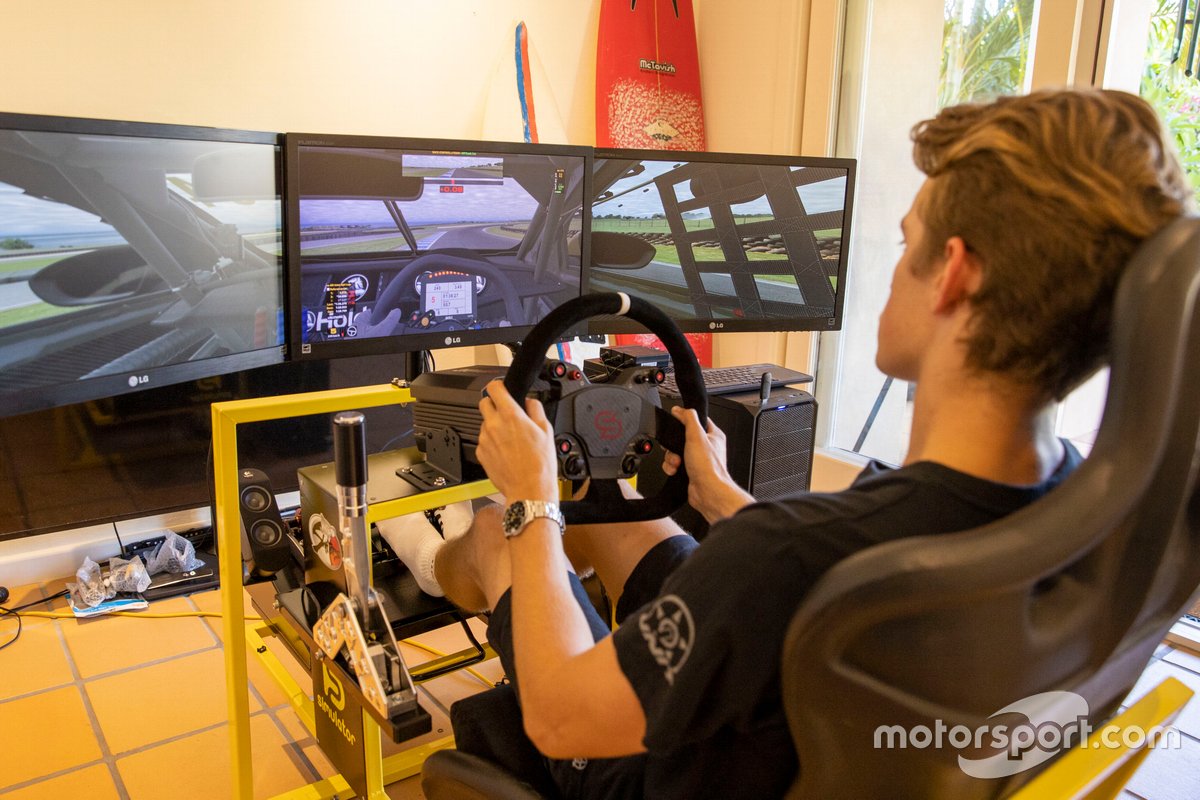 Garry Jacobson's sim form is a true unknown heading into tonight, while his two rookie teammates, Zane Goddard (above) and Kurt Kostecki, are both poised to be solid midfield runners – and could even make their mark further up the field. 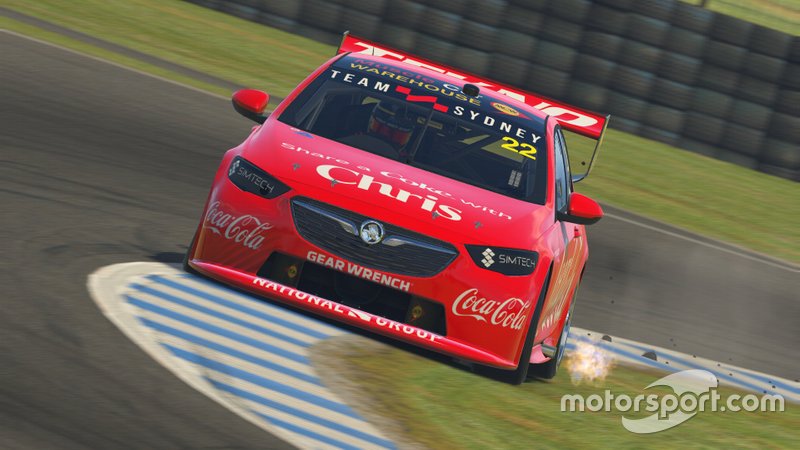 Neither Alex Davison or Chris Pither are renowned sim racers, although the former is thought to have a little more experience than the latter.

The Supercars All Stars Eseries can be live streamed free via Motorsport.tv.