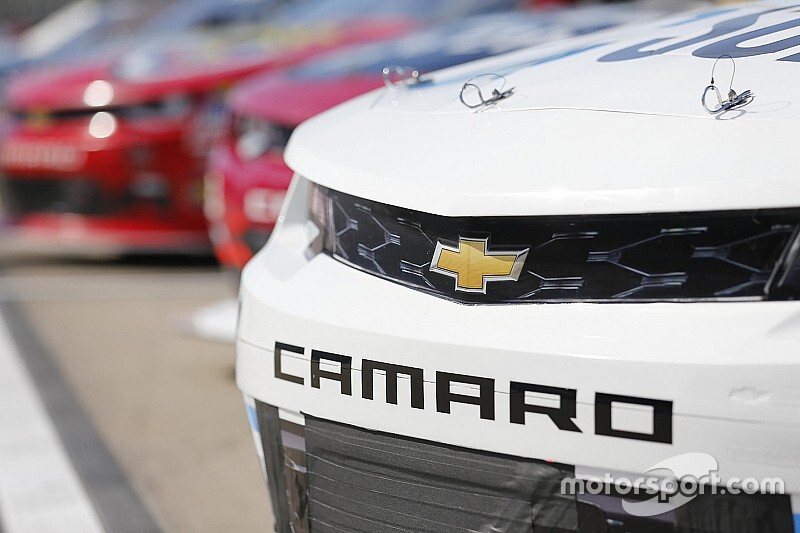 Supercars will put "everything on the table", including a control chassis change to better suit two-door cars, for its 2021 season in the wake of GM's decision to shut down Holden.

The famous Aussie brand will be wound down at the end of 2020, a year before its current factory Supercars deal with Triple Eight comes to an end.

With the new Gen3 regulations having been pushed back to 2022 to align with that two-year deal, signed midway through last season, there are now question marks over whether the Commodore can be raced next season.

As first reported by Motorsport.com earlier this week, the category swiftly opened the door to expedite elements of Gen3 in the wake of the Holden news.

Expanding on that position, Seamer said Supercars will consider even significant changes, such as altering the control chassis to better suit something like a Camaro, for next season.

"Yes. Everything is on the table, and that's part of the process that we'll be going through in the next couple of weeks," said Seamer.

"What we've always said is that if there is a good idea, we're not going to wait to implement it.

"There's a Gen3 meeting next week anyway. Nobody has been caught napping. It's just a re-look at the implantation timeline."

Supercars is already in discussions with GM about its post-Holden future, while Ford will also be consulted over potential changes for 2021, given that a chassis change would likely affect the Mustang as well.

"[Ford is] a stakeholder as well, so we need to talk to everybody," Seamer added.

"We need to talk to all of the manufacturers, the suppliers, the teams, and the Commission.

"With situations like this there's a natural reaction to want to solve it immediately, but it's a complex ecosystem. You've got to be methodical. Quick, but methodical."

Seamer acknowledged that, should major changes be required, a decision will need to come sooner rather than later. However he stopped short of naming a deadline, reiterating that an effective outcome was more important than a fast one.

"It really depends on what direction we're going to go," he said. "There's no specific date, but we want to be able to communicate to our partners, to our fans and everybody involved as soon as possible.

"We'll go as quickly as we can without making a knee-jerk decision."

While perhaps adding more urgency to the introduction of Gen3, the Holden demise hasn't actually changed the future direction of Supercars.

The Commodore was already being phased out of Holden showrooms around Australia and New Zealand, and was unlikely to race beyond 2021 anyway.

Given the Holden is still homologated it could also be used as a stop-gap for next season, something that is still being discussed.

According to Seamer the Supercars philosophy won't change next year and beyond, regardless of what cars are on track.

"I think what we do really, really well is fast, loud, brilliant motorsport entertainment," he said.

"We'll do that irrespective of what cars are out there.

"The essence of Supercars, the closeness of the racing – which looks positive early on – the entertainment, the well-rounded weekends, the music – it's not going anywhere.

"In any business you've got to change and adapt. In these situations you get to see the best of people, and you can already see that up and down pitlane with the team owners and the drivers, other sponsors, partners, even Ford.

"Everybody is like 'right, let's get together, let's go forward'. What it's done is it's given everybody resolve and focus.

"It'll mean we get to a decision quickly, but we've still got to make sure all that positive energy is harnessed in the right way. That's the focus over the next couple of weeks.

"But it's good to see unity in pitlane."