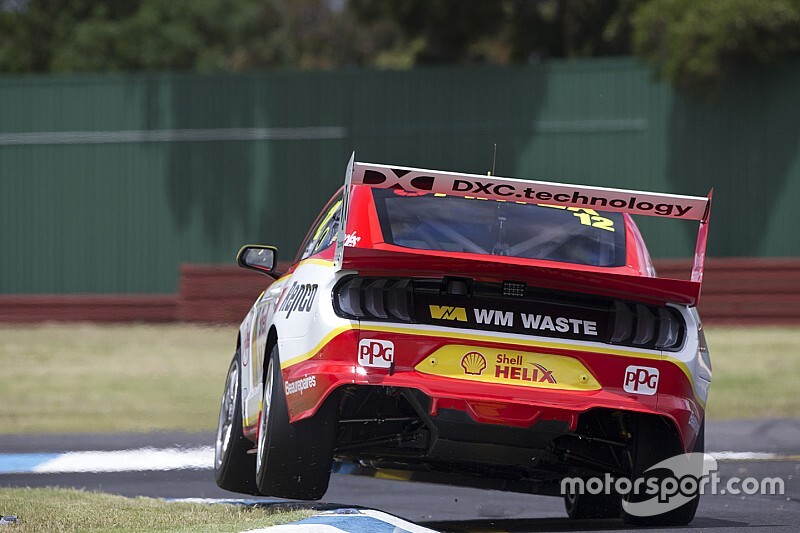 Supercars says it wasn't prepared to take any risks on its 2020 aero homologation after a 2019 season dominated by fierce parity debate.

The category responded to a challenging 2019 season, complicated by the introduction of the two-door Mustang, with a brand new VCAT (Vehicle Controlled Aerodynamic Testing) process with both the Ford and the Holden Commodore last December.

Part of the re-homologation included a targeted reduction of around 12 per cent downforce compared to the end of 2019.

However a second round of VCAT was required in early January after a sensor issue left question marks over the validity of some of the data.

Once completed the final 2020 aero packages were set in stone, the details of which were first published by Motorsport.com last month.

According to Supercars boss Sean Seamer, the need to conduct two VCAT tests was not ideal, but entirely necessary to minimise the risk of a repeat of 2019.

"There was a sensor issue," said Seamer. "The way that was being converted through logic into an output, there was a problem that the [Motorsport Department] guys uncovered when they did the post analysis on all the data before it was shared back with the teams.

"We decided that we didn't want to take any risks, particularly after what we went through as a category last year. So we went back and did it again.

"Would it have been great to have no problems the first time around? Of course. Are we glad we found it and we went back and got it sorted before the start of the season? Absolutely.

"If something was going to go wrong, at least we got it before we turned a wheel."

When asked if there could still be in-season aero changes this year, Seamer was clear that, while not impossible, there's a sincere optimism that it won't be necessary.

"Look... we all really hope that we're never in that position again," he said. "We've done everything that we can to eliminate or minimise any risk of that happening.

"But the ultimate arbiter is the race track, and we'll continue to monitor performance and monitor parity like we always do."

Seamer is also optimistic that the series will provide a more level playing field for its 2020 season.

From last year's 32 races only one was won from outside the 'big two' (DJR Team Penske and Triple Eight), while Scott McLaughlin's crushing form in the early part of the season swiftly snubbed out a title fight.

But, with changes to aero, engine packages, dampers and tyre rules, there's hope for a more level playing field this time around.

"I hope so, I really do – and we're optimistic," said Seamer when asked if the duopoly can be broken more frequently in 2020.

"When you look at the combination of the dampers, the tyres, the engine and the aero, a lot of the work that's been done around that has the added benefit of levelling the playing field as well."

He added that the ideal outcome is that this season's storylines are focussed on drivers and engineers, rather than rear wing end plates and Gurney flaps.

"To be honest with you, I'd much rather this year be a narrative around talent, not tech," Seamer said.

"That's exactly what we need to get back to, and that's what we lost last year because we had so much technical stuff to work through.

"What we want to do is see the talent, the engineers and the drivers, come back to the fore of the category."