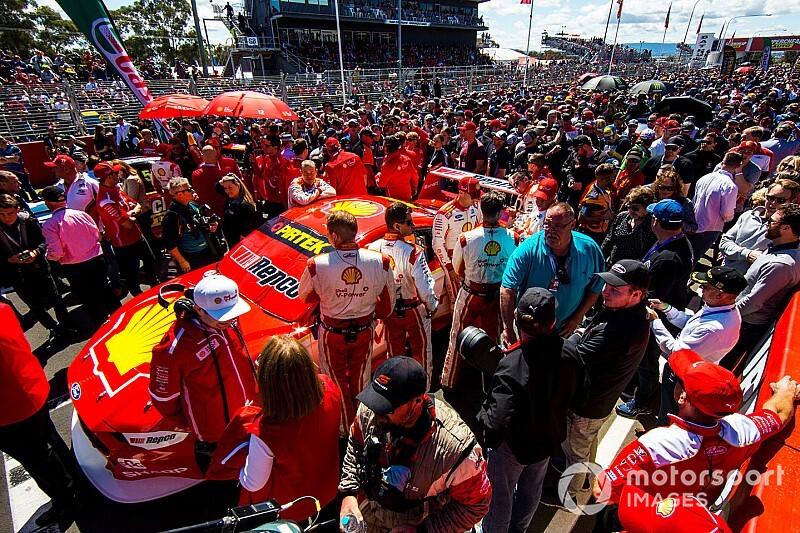 The Australian series is looking to enlist 10 to 12 fans to join the council, which will then offer feedback during the development of the next generation technical regulations.

The fans council will sit alongside the NASCAR-inspired manufacturers council that was created earlier this year.

"We’re going to put together a fan council for next year," confirmed Supercars CEO Sean Seamer.

"We’ll be able to bring in a group of about 10 to 12 fans, get them involved in the process from a Gen3 point of view, get some of their feedback – because obviously it has to have market appeal."

Seamer added that the council won't just focus on Gen3, but will have input on the entire direction of the category.

"It’s about a discussion around a direction that the entire sport’s going in, part of that will be Gen3," he said.

"The strategic plan is to have a better qualitative dialogue with our fans. We obviously understand what they do and don’t like, based on when they tune in and when they don't tune in, and which events they come to – but that’s quantitative data.

"What we want is a qualitative conversation with important fans, both the die-hard fans, but also the light user and light consumers.

"We’ll do a quarterly session with them for the course of next year, and then evolve from there."

Council representatives will be selected through both social media presence and event attendance data.

"We’ll look at the most or frequent attendee visitors and put a bit of a shortlist together and see who we can approach to pull them together.

The Gen3 regulations are set to come into effect for the 2022 season, having been pushed back from the original 2021 target.