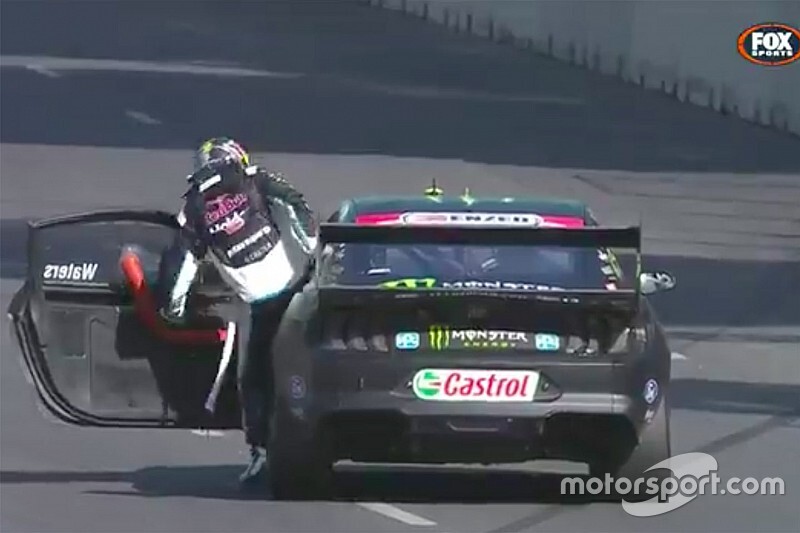 Cam Waters and Shane van Gisbergen have enjoyed a light-hearted exchange over the cool-down lap after today's Adelaide Supercars race.

Waters, who drives a Ford Mustang backed by Monster Energy, stopped on the cool-down lap to offer a lift to his Kiwi rival, whose raced had ended with a suspension failure.

While clearly a moment of sportsmanship, it also created an interesting commercial dynamic given that van Gisbergen is a factory Holden driver... backed by Red Bull.

Once back at the garage, van Gisbergen was quick to make a cheeky reference to the sponsor faux pas.

"Probably not that smart, I got in the wrong car," he said. "Shit energy drink in a Ford..."

Waters didn't miss either, joking that he played the role of taxi driver to help the driver of an inferior brand.

“As I went past him I saw him standing on the side of the road like a hitchhiker, so I thought I would put my Uber hat on and try to pick up and extra couple of hundred to charge him for the ride home," he said.

“The Holden broke down and the Ford picked him up and saved the day, and the better energy drink had to pick up the other shitter one."