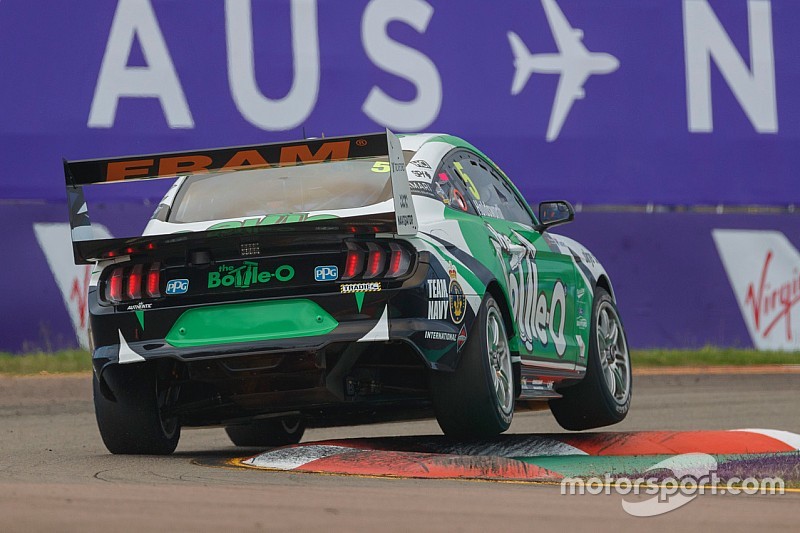 Composite header rails will be exchanged for original steel units as part of the Ford Mustang's Supercars-mandated ballast shift.

All three homologated models will undergo ballast repositioning ahead of this weekend's Queensland Raceway round, as the category strives to equalise the field.

The Nissan Altima will have its engine ballast shifted to the sump of its aluminium V8 powerplant, while the Holden teams will be able to reposition 6.8 kilograms of ballast it was forced to move into the roofline of the ZB Commodore earlier this year.

The two Ford teams, meanwhile, will be able to move nine of the 28 kilograms currently strapped to the top of the Mustang's roll cage.

The trade off is that composite header rails that sit either side of the front and rear windscreens will need to be replaced by heavier steel units.

According to Tickford Racing boss Tim Edwards, the change is a positive one.

"What we're doing is we're actually changing some of the lead that's in the roll cage at the top, and the header rails at the front and rear of the screens, they're actually composite at the moment, and we're changing them back to the steel OE panels," he explained in a video produced by the team.

"It's a much better solution that having lead wrapped around the roll cage.

"That's a positive for the sport and as a team we're quite happy about the change."

The revised cars will hit the track for the first time at QR on Friday.