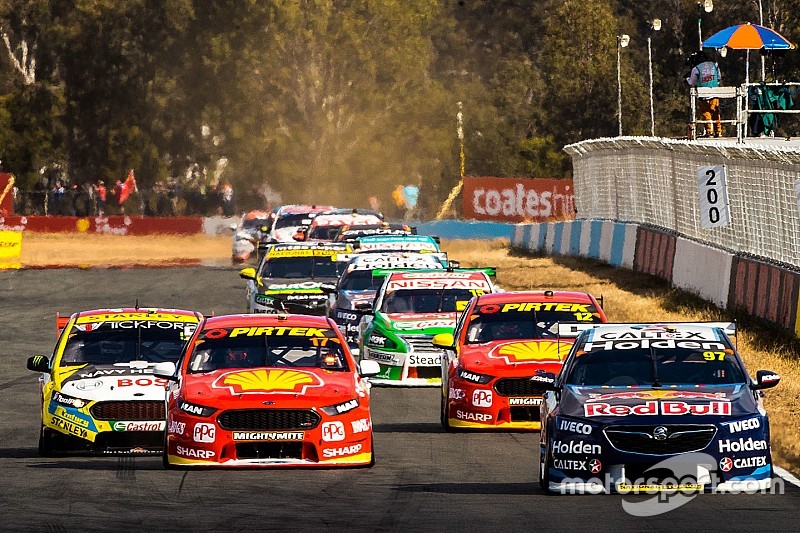 Supercars is planning a NASCAR-style manufacturers council to work with both existing carmakers and those it is targeting to join the series.

Seamer came across the manufacturers council concept during a recent trip to the United States, which involved meeting with officials from NASCAR and two of its current OEMs, Ford and GM.

He's now planning on instigating a similar council for Supercars, in a bid to keep communication with the carmakers as open as possible.

And it may not be limited to the current manufacturers involved in Supercars – Ford and GM Holden – but could also include representatives from makes that could be tempted to sign up in the future.

"I think one of the things I learned in the US and what NASCAR has done well is they've got what they call an OEM council, a manufacturers counsel, so they've got a group that they work with over time and keep them involved in the direction of the category," Seamer said.

"I haven't worked though what that's going to look like here. Obviously we'll have Ford and GM involved in that for us here, and then anyone else that may be interested going forward.

"But [in NASCAR] Toyota, GM, and Ford sit on that council. I got really good feedback from Ford and GM about how that works.

"I guess it's formalizing an engagement. Without speaking for them, everybody finds it useful that they can sort of be involved in discussions.

"And it doesn't necessarily mean that we're going to run off and do what Manufacturer Y wants to do, but we're taking them on the journey, they have the opportunity to provide feedback.

"They also have the opportunity to understand where the other ones coming from without getting into sharing competitive information."

Volvo also had a brief stint in the sport before pulling out at the end of 2016, while the short-lived Mercedes programme run by Erebus was never factory-backed.