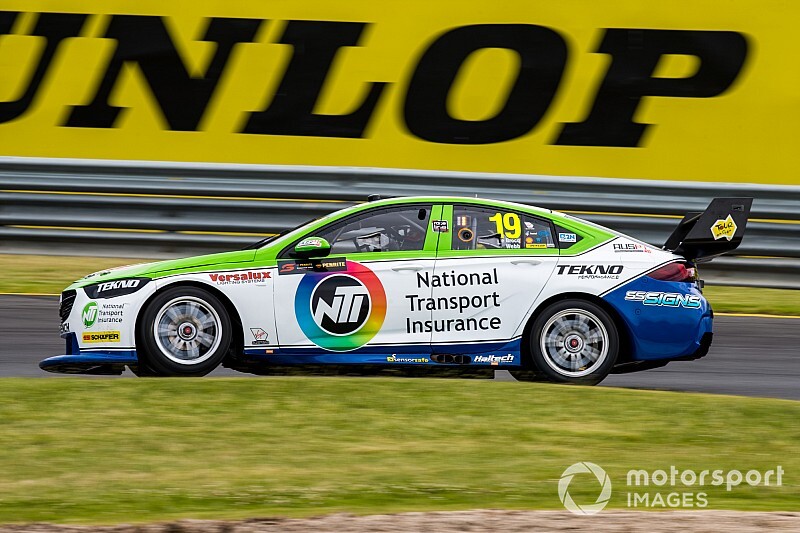 Supercars will review the plans for the new Sydney-based team this week, amid ongoing uncertainty as to how the project will be structured.

It's already been confirmed that the squad will be underpinned by what's currently the one-car Tekno Autosports team, which will relocate from Queensland's Gold Coast to Sydney's eastern suburbs.

An expansion to two cars was thought likely to come through a tie-up with businessman Rod Salmon, who was linked to the purchased of a second Racing Entitlements Contract.

However it appears Salmon is now unlikely to have a heavy involvement, casting uncertainty into how the team, which has already confirmed James Courtney as its lead driver, will be structured.

Having played a key role in bringing the deal together, Supercars CEO Sean Seamer has confirmed that crunch talks will take place in the coming days.

He says the priorities will be sorting out the ownership of the second REC and who will drive the second car, to ensure all parties involved, including the New South Wales government and the Australian Racing Drivers' Club, are satisfied.

Other details, such as where the team will be located until the new Centre of Excellence has been completed at SMP, are less pressing.

"We’ll be reviewing the plan for Team Sydney next Wednesday, and be looking to finalise a REC transfers, or sale of RECs etcetera, not long after that," he said.

"We’re pretty much out of time. We’ve got a view of what the different parties want to do. So, we’re about a week away from a decision and confirmation on that.

"There’s certain elements that need to be done in the next week, in terms of the REC transfer, and driver market.

"What the buildings are going to look like, etcetera, is less important. The parties that are looking at the facilities there, and I know [Tekno boss] Jono [Webb] has done a lot of work.... there’s plenty of room out at Sydney Motorsport Park. I think they’re happy with some of the existing facilities there whilst the main team building, the Centre of Excellence, is being built.

Seamer added that he has no concerns that the plan could fall over at the final hurdle now that Salmon is seemingly no longer involved.

"Our priority is making sure that we get the chance that we work through the business plans and ensure that everything is planning to be executed at the highest possible level – given the importance to Supercars as a category, as a sport, and for the NSW government as well.

When pressed if that means potentially holding it over until 2021, Seamer said: "Yes. I think I just eluded to that. It’s better that we get this right than we get it done quickly."