Supercars and TCR Australia are in discussions about a potential support category slot for the front-wheel-drive series in 2020.

Supercars has so far kept TCR at arm's length, after turning down initial approaches to both promote the category, and then take it on as a support category.

As a result TCR Australia has instead become the headline act for the Shannons Nationals for its inaugural season.

However TCR Australia promoters the Australian Racing Group are still working on getting the category on the Supercars bill as soon as next season.

Supercars is yet to close the door on the idea as well, the series' general manager – operations Kurt Sazkzewski revealing preliminary discussions have taken place.

“There are already a number of well-established, successful and popular support categories aligned with Supercars and our calendar,” Sakzewski said.

“There have been preliminary discussions but we are still very early on in the planning process for next year."

Ex-Supercars CEO James Warburton, not a non-executive director at ARG, reckons a key sticking point to earlier discussions was grid size, particularly with the likes of Formula 4 and SuperUtes having struggled to bring big numbers to the Supercars support bill over the past few years.

But having debuted with 17 cars in Sydney, and with 18 on the grid for this weekend's Phillip Island round, Warburton thinks there's scope for a 2020 support berth.

"I get on really well with [current Supercars CEO] Sean [Seamer], and when he was looking at his support categories for this year in September last year, we didn't exist," said Warburton.

"So the last thing he needs on his bill is 12-car grids, whether it was Formula 4 originally, or Utes, or whatever it is. You've got to do your time and show your worth.

"Ultimately it's up to him and the competitors. But I think there's a very open attitude to working together in the future.

"The die is set for this year. [Supercars] bring a level of quality, particularly in terms of television quality and product, crowds and those types of things.

"We're not closing anything off, we're just building the category."

While a deal with Supercars would rob the Confederation of Australian Motor Sport of its headline act for the Nationals, CAMS CEO Eugene Arocca said he understood the attraction of tying up with the country's biggest series.

He also hinted at the possibility of a split arrangement, with rounds shared between Supercars and the Shannons Nationals.

"This is one of the more exciting categories we've come across lately. And to have the full seven rounds with Shannons for us a good thing," said Arocca.

"Having said that we fully understand the need for sponsorship and crowd support, and racing on the Supercars calendar would no-doubt be good for this category.

"But while we're competing on the Shannons calendar we're happy, and I think our relationship with [ARG] is that strong, we've been there from the very start. Whatever the arrangement may be with Supercars down the track, we're still going to be there with Shannons." 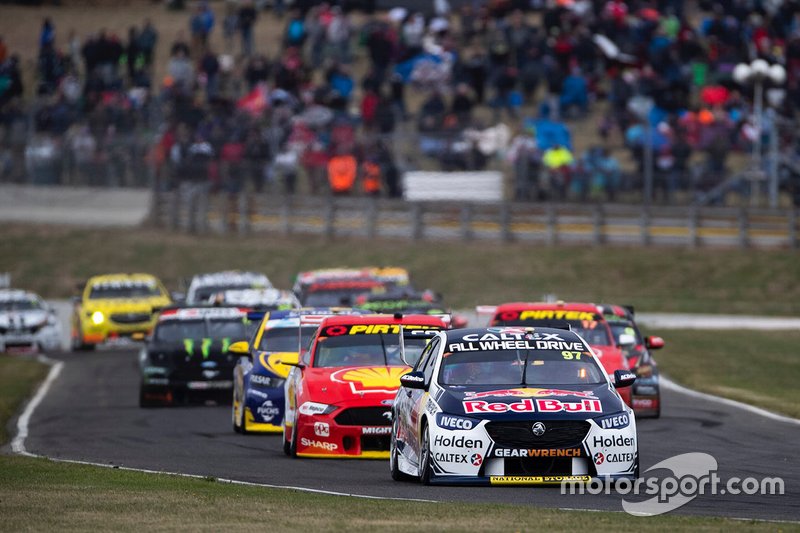