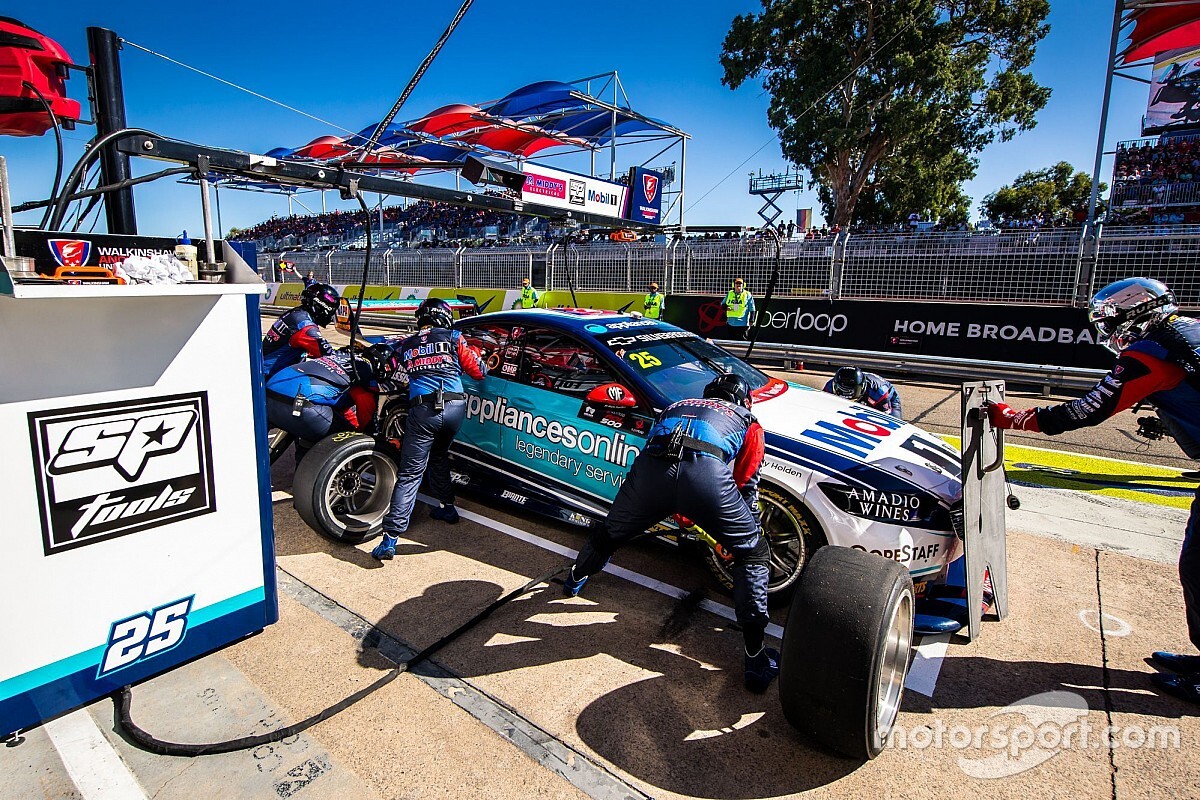 Supercars teams will face limits on personnel when the Supercars season resumes this week – so how will they tackle it?

As part of a wave of health measures, teams will be heavily restricted when it comes to on-site staffing at race meetings for at least the time being.

According to Supercars regulations, each team will be limited to just 13 "essential" staff members per two cars. That includes drivers, leaving 11 spots for engineers, management and mechanics.

That compares to a pre-COVID limit of seven 'performance personnel' per single car, which didn't include drivers or team principals and owners.

So who gets a spot on the plane for Sydney? And who gets left at base?

Each team will inevitably have a slightly unique way of tackling the 13-person limit, in the same way that internal structures vary in the normal, coronavirus-less world.

There are, however, consistencies across the majority of teams.

Most teams will likely have a team manager or crew chief, although there won't be the usual quota of recognisable owners and senior management on the ground. Ryan Story (DJR Team Penske), Roland Dane (Triple Eight), Tim Edwards (Tickford) and Betty Klimenko (Erebus), to name a few, won't be there.

Lead race engineers will be a given, although the restrictions have led to some shuffling around in terms of line-ups.

Some teams will even have a three-pronged engineering attack, with either a senior engineer overseeing both cars, or a data engineer dealing with the limited data available.

Line-ups will include anywhere between four and six mechanics, depending on the mechanical skills of others in the team.

There will then either one or two people on tyres, one of which, as usual, will be the truck driver.

Various other roles such as fabricating, engine and electrical will be shared among the staff, depending on capabilities.

To piece it all together, here is how Walkinshaw Andretti United will structure its SMP line-up:

As for pitstops, the regulations have been tweaked for SMP onwards.

Given there will be no refuelling during races only six people will be allowed over the line. There will also only be two rattle guns, which will give the stops a NASCAR flavour.

Generally in Supercars there are four guns and the refuelling takes longer than the tyres, so it's one man per wheel.

However the likely scenario now is that there will be two men on guns and two carrying tyres. The other two over the line will be the car controller and the air spike operator.

The regulations state only two tyres need to be changed during a compulsory stop, which, at SMP, is likely to be the right-hand side.

Tyre change time dictating stop time does, though, open the door to those outside the lead group rolling the dice on a Safety Car and taking on four new boots for the run home.

Teams will be arriving in Sydney later this week, with the second round of the revised Supercars season to kick off on Saturday.