Supercars TV star Riana Crehan has opened up on the "kick in the guts" her and race driver husband Will Davison have been dealt by COVID-19.

The pandemic has led to the pair effectively losing their jobs, with pitlane reporter Crehan sidelined indefinitely due to race weekend staffing requirements.

An in-form Davison, meanwhile, was shuffled out of the Tickford Racing line-up when Milwaukee Tools pulled its major backing of the 23Red entry.

Speaking on the latest episode of the Parked Up podcast, Crehan said the past few weeks has been a "kick in the guts" for the household.

"It's been a rollercoaster of emotions," she said.

"Obviously [we were] really devastated when Will got the news that Milwaukee was pulling its sponsorship and subsequently he'd be out of a gig with 23Red. And then obviously getting the news that I wouldn't be attending Supercars races for the near future... it's hit us for six a little bit.

"But we're trying to maintain a positive attitude, because like so many people at the moment it's just such a difficult time. I know there's many others out there that are going through tough times, we're not the only ones who are losing jobs or out of work. But it certainly has been a fair kick in the guts for both of us."

Crehan added that the length of her stay on the sidelines is currently unknown, with Supercars Media, which coordinates the TV coverage, currently working on an event-by-event basis in terms of staffing allowances.

"I think a lot of it has to do with what's happening with social distancing, and numbers, and the sport having to work with the governments on logistics and what we can and can't do.

"I know Nathan [Prendergast], the general manager of TV, has been basically flat out trying to get the event for the first one happening. I think they're working towards getting something happening at Sydney, then they'll reassess and see what happens for Winton.

"I've got my fingers crossed I may be able to get to events a little bit further down the track, but to be honest with you I don't know. I don't know when that will happen."

Crehan also acknowledged the attitude of Davison, who, after a very strong start to the season in Adelaide, has ended up without a seat through no fault of his own.

However she did admit he probably won't be able to watch the resumption of the Supercars season in Sydney this weekend.

"I'm blown away by Will," she said. "I probably shouldn't be, because I know him so well, but the way he's taken it has been [with] the utmost [professionalism].

"He could have gone in a heap and said 'why me' and all that sort of stuff, and that's not to say he hasn't had bad days where he has said 'why me?'. But he's been incredible the way he's handled this situation. He's never blamed anyone. He's never been angry. He's just taken it in his stride.

"That's not to say in a week's time when the guys get on the grid in Sydney it's not going to be a really tough weekend for him.

"I don't think he'll be able to watch. I think I'll have to take him away somewhere and try and distract him. Even in the last couple of days, where it's getting closer and closer, the realisation is starting to hit that he's not going to be there. It's really cutting pretty deep."

According to Crehan the primary coping mechanism has been exercise, the pair staying committed to keeping active even if doing so did result in an alleged road rage incident during the lockdown.

Given they'll likely be spending less time than expected at race tracks this year, she says the pair are eyeing a half iron man at some point.

"Exercise and moving your body is the perfect thing for your mind," Crehan added.

"Particularly during isolation, I know a lot of people deal with stress differently. But for myself and for Will the way we deal with it is by exercising and ensuring we're in the best shape we are, in terms of our mental health and our physical health.

"We've really maximised this time over the last couple of months but ensuring that. If thing are out of his control with his contract and my work, things we could control we did.

"I said to Will, if he's not racing this year we've got a bit more time, we want to our mind to something else. We'll enter a half iron man and we'll get that done later on this year." 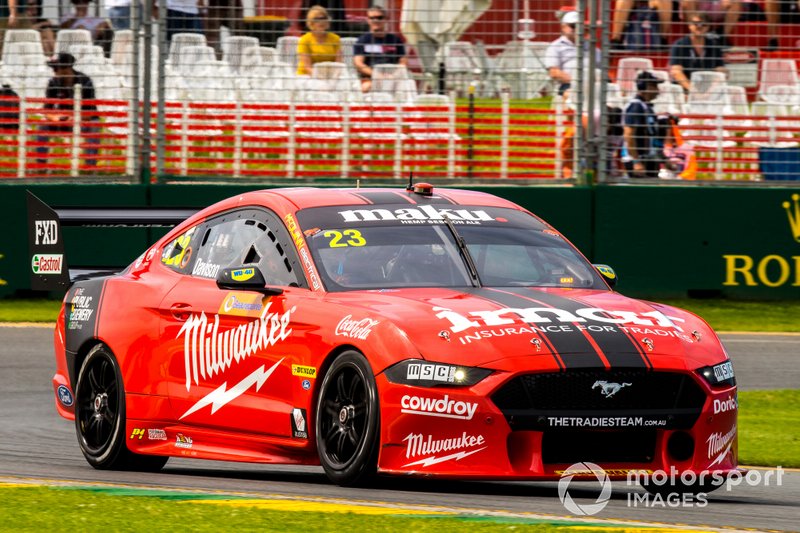 Supercars junior merger to go ahead after all