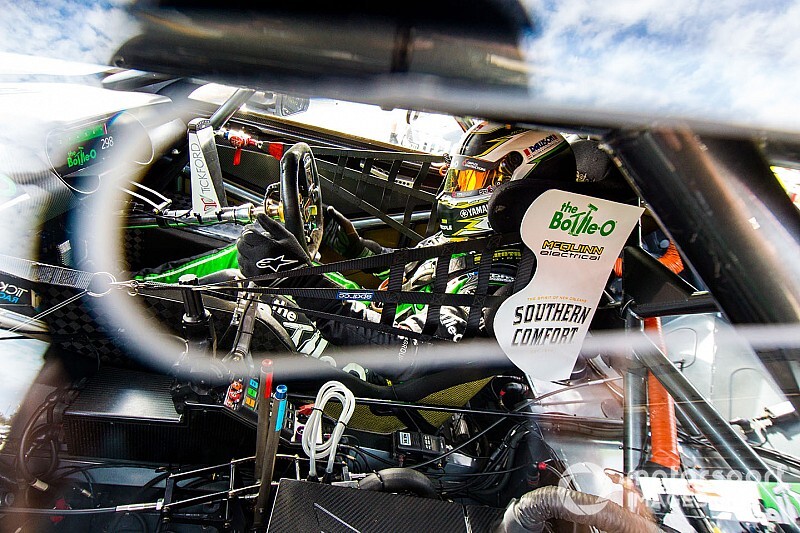 Supercars will debut a dashboard warning lights system in all cars at next month's Bathurst 1000.

Similar to a system introduced for the Bathurst 12 Hour back in February, dashboard notifications will alert drivers to yellow, red and blue flags, as well as full course cautions.

The idea is to lessen the reliance on flag points in the heat of battle, particularly at a circuit like Mount Panorama with a number of blind corners.

"If there’s an accident across the top of the mountain, [it's about] getting the information into the cars as quick as we can.

"If we can save one accident across the top there, or a life, then it's paid for itself.

"Bathurst is the easiest example, but that example counts everywhere. Safety is one of our utmost concerns at every track, but clearly the nature of across the top of the mountain at Bathurst, it’s worth the exercise and cost purely for that race, when you see the accidents we've had there in the past."

While at the Bathurst 12 Hour teams were all running separate banks of shift lights specifically for the notifications, Burgess confirmed that Supercars teams can either follow suit, or have the warnings built into their dash software.

"They'll have the option of putting in another Shift Light Module, or go up on their dash," he said.

"It will be up to the individual teams. We've canvassed the pitlane and said 'do you want one or do you want the other?' And as normal, you get different responses from different drivers and engineers.

"Some drivers would like just an SLM, just a separate dedicated Shift Light Module. And they've gone that way. Other teams and other drivers got the bigger dash, and they prefer to see it on their dash.

"In the 12 Hour they just had a Shift Light Module. They didn't have it incorporated in their dash, because they're not all running Motec.

"But obviously our cars are, so we can integrate it far better than we're able to at the 12 Hour."

Burgess reiterated that accurate and timely delivery of information to drivers is the key to the project, something he's been working hard with both the technical partners, and the Confederation of Australian Motor Sport, to hone.

"It will give the driver more accurate information," he's said.

"There will be messaging we'll be able to put on the dash. There's a lot of stuff we're still understanding between Motec and Dorian, how far we can automate things.

"But you have to equally remember [that] it's CAMS’ race. They're running the race, [race director] Tim Schenken and his team.

"So we've got to work closely with those guys to make sure it’s not [that] Supercars puts in all this technology in the car, and then Tim feels he's not in control of the race.

"It's his responsibility to issue flags and things, it's not really Supercars’ role. But it's clearly something we want to work with them on, for the safety of the drivers."