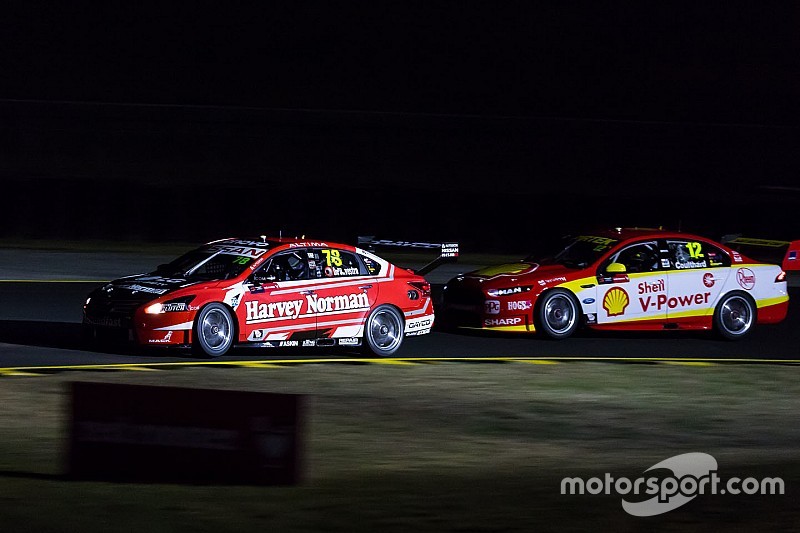 The upcoming Sydney SuperNight round will be the most important single-driver race of the Supercars season, according to title contender Shane van Gisbergen.

The brand new format will see the drivers do battle under lights over a single 300-kilometre race, the first nighttime race since the Abu Dhabi round in 2011, and first on Australian soil since 1997.

It's also the longest single-driver race of the season, and with all 300 points on offer – rather than spread across two races like at the SuperSprint rounds – van Gisbergen reckons it'll be crucial to be on the pace come the first weekend in August.

"It's probably the most important race of the year, single-driver event, 300 kilometres, 300 points," the Triple Eight driver said.

"It's up there, on how important the race is, it's a big wildcard.

"We need to be on it there, I'm glad they made it the long track, the short one would've been boring as anything but the long track's going to put up a good fight.

"It'll be an awesome event, I'm really looking forward to that."

As mentioned by van Gisbergen, the series has already scrapped its original plans to run on the 2.8-kilometre Druitt layout at Sydney Motorsport Park, and will now light the full 3.9-kilometre circuit.

The programme has also been expanded to include night running on the Friday as well, with a 6pm practice session ahead of afternoon qualifying and evening racing on the Saturday.

However van Gisbergen says there's one more tweak to the format that would improve the spectacle even more – an extra set of tyres.

"From what I've seen, Sydney might be a bit average [with tyres]," he said. "It's 300 kilometres and we've only got three sets of tyres, so if you had another set there you could do a four stop, or three stop or whatever it means and it would be much more exciting."

The man with the most to lose heading into the crucial Sydney round is Scott McLaughlin, who currently holds a 131-point advantage over van Gisbergen in the standings.

Last year he was on pole for both races, but was penalised for a clash with van Gisbergen on Saturday and slapped with 33 seconds worth of penalties, and only good enough for fourth on the Sunday.

He's also never raced a Supercar under lights, having debut in the series two seasons after the Abu Dhabi night event.

"There's a lot more points on offer post-[Sydney Motorsport Park], but like Shane said it's very important, a bit of a wildcard," said

"I feel like we're prepared and we've always gone reasonably well around there.

"I am excited about our car pace but it is going to be a wildcard with temperatures and what you're going to do at pitstops and all of that sort of stuff. It's going to be cool."