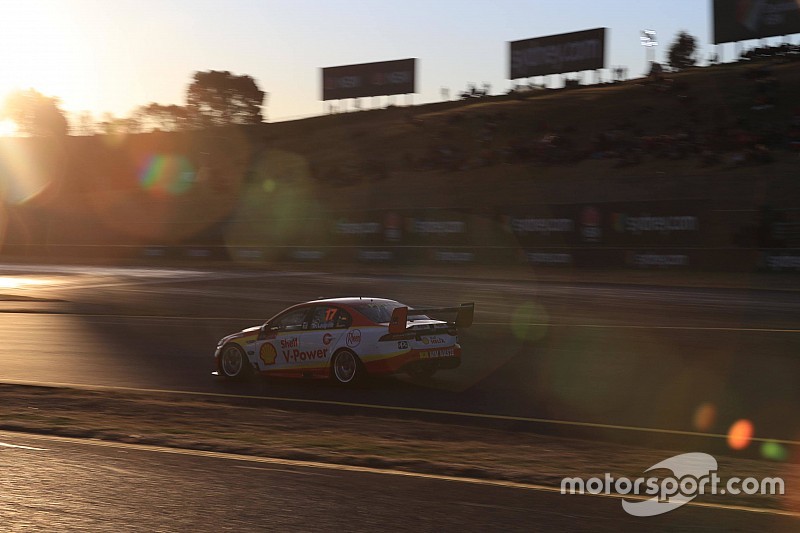 The DJR Team Penske driver was untouchable in both qualifying segments, topping Q2 with a 1m28.002s on his final run – to that point the quickest lap of the weekend – before pulling out another last-lap special to grab pole in Q3 with a 1m27.949s.

The pole is McLaughlin's 11th of the season so far, while the lap is over two-tenths faster than his own unofficial SMP lap record set last year.

"“The car was awesome. It was a tough qualifying session, I’m still getting used to those three-stage ones, but it’s great for the fans,” said McLaughlin.

“Into Turn 1, you do have the sun in your face, but once that goes down and the lights go on, it’s going to be great to be part of it. It’s pretty exciting.”

Fabian Coulthard was second-fastest in both Q2 and Q3 to make it an all-Penske front-row, the Kiwi ending up 0.1s behind teammate McLaughlin.

Shane van Gisbergen ended up third on the grid, having to come all the way from Q1. He went under the unofficial lap record himself to top Q1, before cruising out of Q2 with the fourth quickest time.

The title contender then improved on his final run in Q3 to grab third on the grid, and push Nissan driver Rick Kelly to the outside of the front row.

Jamie Whincup had to go the long way as well, which took its toll on the reigning champion come Q3. He opted to save a set of tyres and not go for a final run as the Top 10 was set, relying on an earlier lap that was only good enough for fifth.

“We felt like we did a good job on the first set and we had to use extra sets to get into Q3,” said Whincup.

“We’re not at a tyre disadvantage at the moment, but we would have been if we used the extra set.

“The car wasn’t flash in practice and we could have been anywhere in that run, so I’m happy to be in the top five.

“But we throw all that out the window now. We’ve got to make a fast race car in the dark. We’ll see what happens.”

Scott Pye will start the race from sixth and Chaz Mostert seventh, while David Reynolds, Craig Lowndes, and Michael Caruso all went from Q1 to Q3 to qualify eighth to 10th respectively.

James Courtney was the driver left on the Q2/Q3 bubble, falling 0.08s of a spot in the final segment of qualifying.