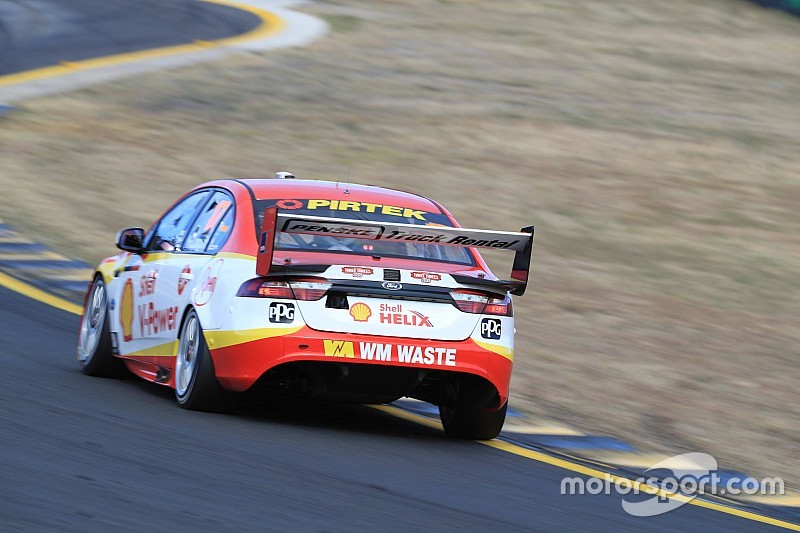 Scott McLaughlin topped the final Supercars practice session at Sydney Motorsport Park, while the Red Bull Holden drivers will be forced to go through Q2 after missing the combined Top 10.

Points leader McLaughlin jumped to the top of the Practice 2 times with eight minutes of the half hour to go, his 1m28.978s the first under the 1m29s bracket in the day time session.

"It’s a lot different this track in the day, that’s for sure,” he said.

“You’re back in your natural habitat. I like the night, but it’s nice to push that little bit harder in the day.

"The car is really good, I probably lost three or four tenths in that final corner. I’m excited.”

Finishing second cemented Kelly's spot in Q2, while for McLaughlin's teammate Fabian Coulthard this session was crucial in terms of his qualifying order. The Kiwi was just 19th fastest last night, and it wasn't until just inside the final 10 minutes of today's session that he finally made his way into the combined Top 10.

Even then he was shuffled back out of the Top 10 during late improvements, another lap right on the flag enough to go third quickest for the session fourth on combined times.

Tim Slade was another driver to use Practice 2 to avoid Q1, the fourth quickest time leaving him sixth in combined times.

James Courtney was fifth for the session and seventh combined, having already locked down a provisional Q2 berth last night, while Jack Le Brocq was one of the big surprises of the session, grabbing a shock Q2 spot with the sixth fastest time for the session and eighth best combined.

Le Brocq wasn't the only rookie to shine, with James Golding and Anton De Pasquale seventh and eighth for the session. GRM driver Golding even did enough to sneak into the Top 10 combined, while Erebus' De Pasquale was the unlucky man left on the bubble in 11th.

Chaz Mostert was ninth quickest in P2, although already comfortably through to Q2 thanks to his Friday night efforts.

Michael Caruso rounded out the Top 10 for the session, but wasn't able to do enough to avoid Q1.

Scott Pye and Mark Winterbottom will both go straight through to Q2 as well, despite both missing the Top 15 in the session.

The Red Bull Holden drivers weren't so lucky, both Shane van Gisbergen and Jamie Whincup forced into Q1. Whincup was just 16th in both the session and combined, while 21st in the session saw title contender slump to 17th on combined times.

Craig Lowndes missed the cut too, meaning all three of the T8 Commodores will go the long way in qualifying.

“We didn’t get a run at the end there, which we would have liked,” said Whincup.

“We had a bit of a feel [on the out-lap] and unfortunately it wasn’t a rocket. We’ve still got work to do.”

Nick Percat also slipped out of the Top 10 compared to Friday practice, as did David Reynolds.