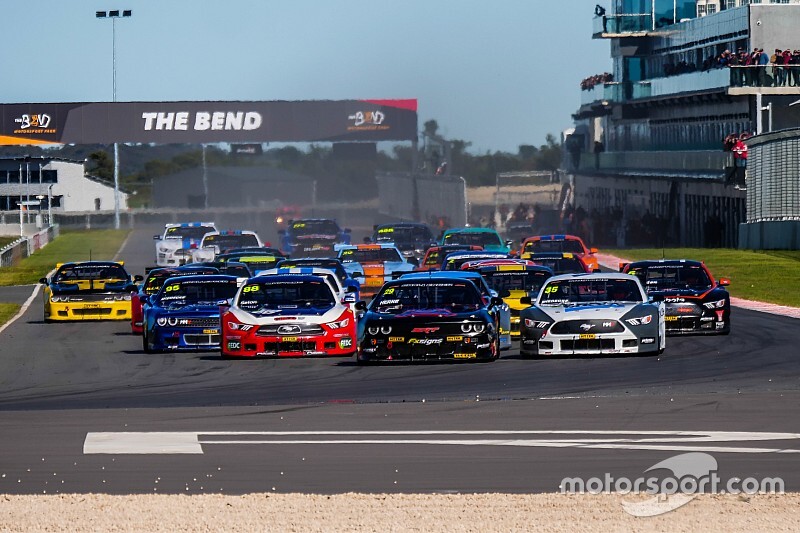 The TA2 Muscle Car Series will appear on the undercard for the Supercars season-opening Adelaide 500 next year.

The Adelaide street race will be the biggest occasion for the category on Aussie soil to date, thanks to a now-resolved management rights issue that has prevented TA2 from competing at CAMS-sanctioned events

A 24-car field of V8-powered Mustangs, Camaros and Challengers is expected in the South Australian capital.

“This event is a major turning point for TA2 which has grown incredibly quickly in just two seasons as a national series," said series manager Craig Denyer.

"The Superloop Adelaide 500 is the benchmark when it comes to fan engagement and our teams and drivers can’t wait to perform on the national stage and show everyone just how great the TA2 Muscle Car Series really is.”

Adelaide 500 General Manager Alistair MacDonald added: “We are delighted to host the TA2 Muscle Car Series at our event in 2020, more importantly as their first ever street circuit outing in Australia.

“The on track racing line-up is stronger than ever with a quality range of support categories, appealing to all motorsport enthusiasts and event goers.”

While the category and event organisers have been working on a deal for some time, there were concerns that Supercars may not let it happen.

Back in September Supercars CEO Sean Seamer denied any block was in progress, but did admit he wanted clarification regarding the use of Ford, Chevrolet and Dodge IP in TA2.

Gallery: The 2019 Supercars retro round liveries