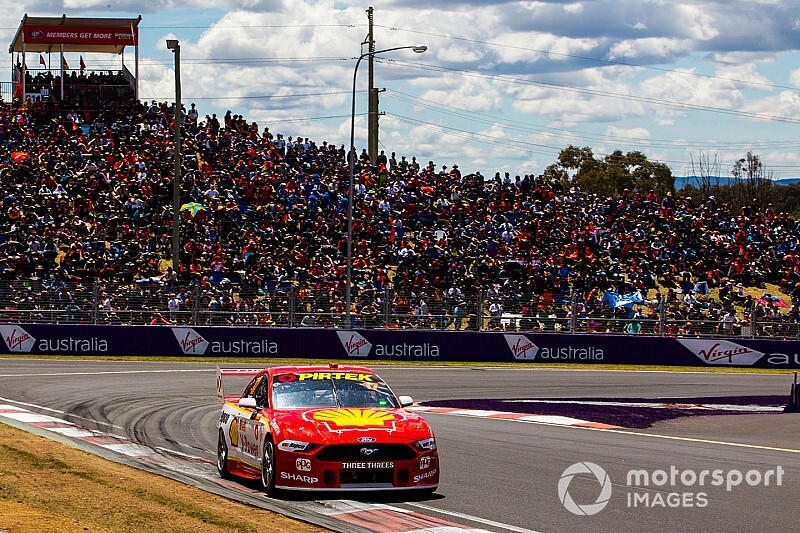 Garth Tander isn't convinced by claims from Bathurst winner Scott McLaughlin that the Safety Car controversy had no affect on the potential outcome of the race.

Tander and Shane van Gisbergen were among those worst-affected when Fabian Coulthard slowed dramatically behind the Safety Car last Sunday, the delay soaking up any fuel advantage the #97 gained over McLaughlin from a stop during the previous caution.

It effectively forced the car onto the same strategy as the two lead cars, McLaughlin and Jamie Whincup, with the likes of Lee Holdsworth, James Courtney and David Reynolds also affected.

Both McLaughlin and Tander had their say on this week's episode of The Loud Pedal podcast, a fed-up McLaughlin claiming "I don’t believe it affected the race result, there was still 30-odd laps to go".

However Tander didn't buy it, highlighting how hard it was to pass as a reason why car speed may not have trumped track position.

"Scott quoted in that interview 'it didn't affect the race result' – it's technically correct, because there was still 30-odd laps to go at that point," said Tander.

"But it definitely affected the running order and the strategy of the teams that were affected behind Fabs. Scott would have popped out fifth, or sixth, or seventh if that was played normally.

"We saw that with Whincup. Everyone was saving fuel in that last phase of the race, he came in, put fuel in the car so he could run full fuel to the end... and he couldn't get past James Courtney to get back onto the podium.

"And I followed other cars that I was a second a lap faster than in the race and you couldn't pass them.

"So if [McLaughlin] was back in the pack, could he have got through? How do you answer that? You can't answer that.

"He clearly had a very fast car, but when he got back towards the pointy end, when he got stuck behind Reynolds, Courtney, van Gisbergen... they are hard heads that aren't going to open the door with 10 laps to go, regardless of who you are and what car you're driving.

Having been charged with a team orders breach last Sunday night, the Confederation of Australian Motor Sport is set to hold a hearing regarding the matter tomorrow.

A verdict will be made public this Sunday morning, something Tander says will mark a significant moment in the sport – whichever way it goes.

"If nothing is done, you can buy Bathurst. It's as simple as that," he said.

"If it's just left to slide under the table – naughty boys, don't do that again – then that's a massive precedent, isn't it? We can't afford to have those precedents in the sport.

"But if they do go to the other end of the scale and they do affect the result of car #17, I mean that's huge.

"Either way they go... I'm glad that I'm not on a stewards panel dealing with this one.

"From a legal stand point they can't allow a precedent."