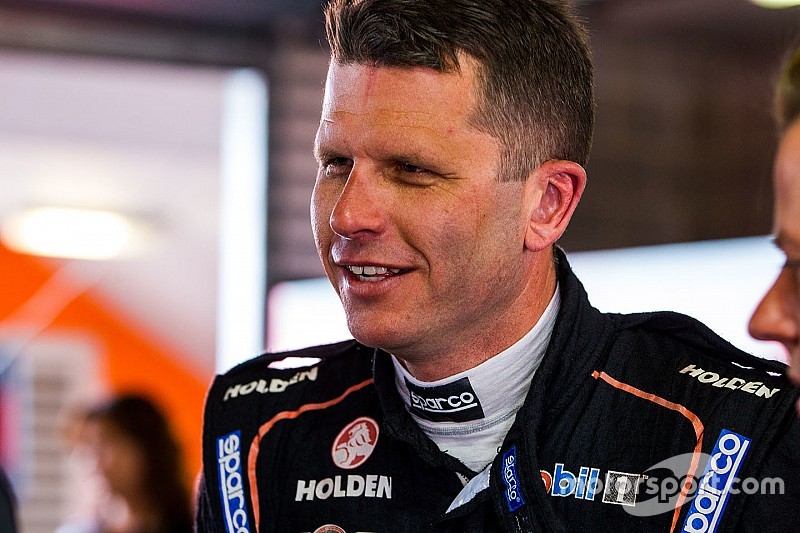 Garth Tander has signed with GRM for at least two more racing seasons, rejoining the team that gave him his break into Aussie tin-tops almost 20 years ago.

Tander, 39, will replace Scott McLaughlin who is heading to DJR Team Penske, and Tander’s role will see him take on some managerial duties at the team he joined in 1998 and left in 2004, to join the works Holden team.

Team boss Garry Rogers told the Virgin Australia Supercars website: “People don’t understand that when [Tander] left the team he did so on good terms. I understood the opportunity he got and it’s never been an issue to me.

“When we realized we might be able to get him and we had a chat to him it all just went the right way.”

“A really important part of this is that people will have noticed my son Barry has been running the team equally as much as I have in recent times… Garth’s business acumen is important; he is very smart as well as being a great driver so I think he will be a great person to help Barry not only maintain the team but also grow the team.

Regarding his abilities on track, Rogers said of Tander: “He has a few good years left in him in my opinion and whether that’s two or 10 I don’t know and however many that is I would like to think he would be happy to be driving for us.

“And I think the discussions we have had he also understands enough that perhaps there will be a stage where perhaps he doesn’t want to do as much and then we would look at maybe endurance races and helping us with our young drivers.”

The 2007 champion and three-time Bathurst winner, who has spent his entire 18-year Supercars career in Holden Commodores, will race a Volvo in 2017, pending the outcome of the legal dispute between GRM and the Swedish car firm.