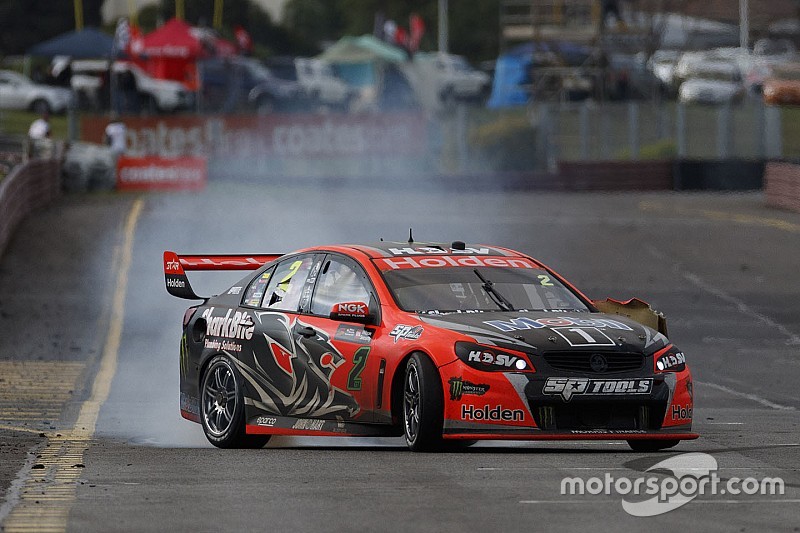 The WR outfit will lose its factory Holden status at the end of the 2016 season, the carmaker set to focus all of its sponsorship on the two Red Bull-backed cars at Triple Eight.

The widely-publicised move will mean the end of the Holden Racing Team as its currently known, and leaves Walkinshaw Racing in a delicate commercial position as it looks to secure funding for its two Commodores.

While it’s been a tough few weeks for the team off-track, and a tough season for it on-track, Tander and Warren Luff shrugged it all off to take a thrilling win at Sandown today – something Tander says is a proof of how resilient the squad is.

“With the announcement a couple of weeks ago that Holden is relocating its funding, it’s shown that the whole organisation hasn’t dropped its lip,” he said.

“They’ve just got on with business.

“I think what’s really important is for the guys within the organisation to realise that what they’re doing is working. We are slowly getting back to where we need to be, we had genuine pace all weekend. We need to make sure we do that for the next couple of events and finish the year off strong.

“It shows that our guys haven’t allowed the decision to affect their work ethic and professionalism.

“We’ve done a lot of work, regardless of what’s being going on on the commercial side of the business, to make the car speed better.”

Tander added that the victory could prove helpful when it comes to looking for funding next season too.

“You’ll have speak to the commercial department, but I’d imagine it makes it a little easier,” he said.

Whincup: “No excuses” for Sandown disaster