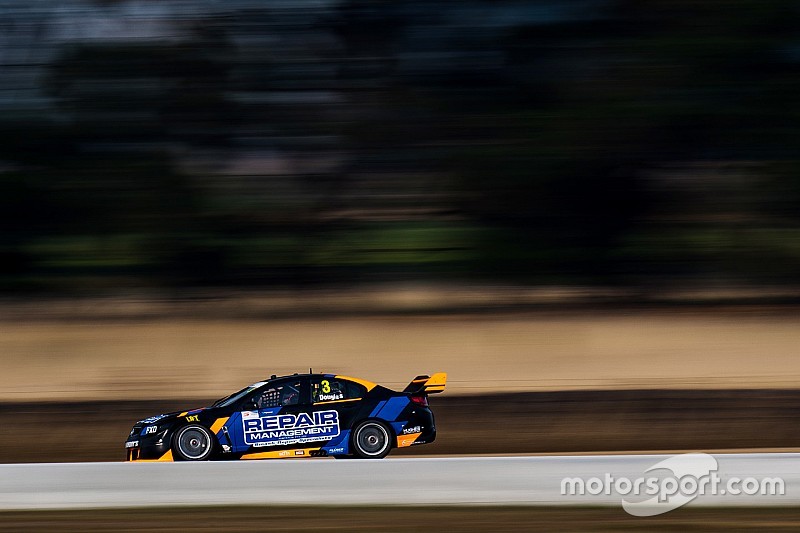 Taz Douglas has been drafted back into the LD Motorsport squad for the Winton Supercars round this weekend.

Douglas was initially enlisted by the team as a last-minute fill-in for car #3 at the opening round in Adelaide, and wound up staying on for the Albert Park, Symmons Plains, and Phillip Island rounds as well.

The Victorian didn’t make the trip to Perth last time out due to family commitments, Matt Brabham making his Supercars debut in Douglas’s place.

But Douglas will be back behind the wheel this weekend, with Repair Management Australia staying on as the primary backer for the Winton weekend.

“I’m really looking forward to what this weekend will bring,” said Douglas.

“It’s been a while since I’ve driven at Winton, but I’m going to give it my best effort. I have full support from [RMA owner] Phil Munday and Lucas Dumbrell and the team.”

It will be Douglas’s first outing at the northern Victorian circuit since he clean-swept the third-tier Kumho Series round there back in 2016.