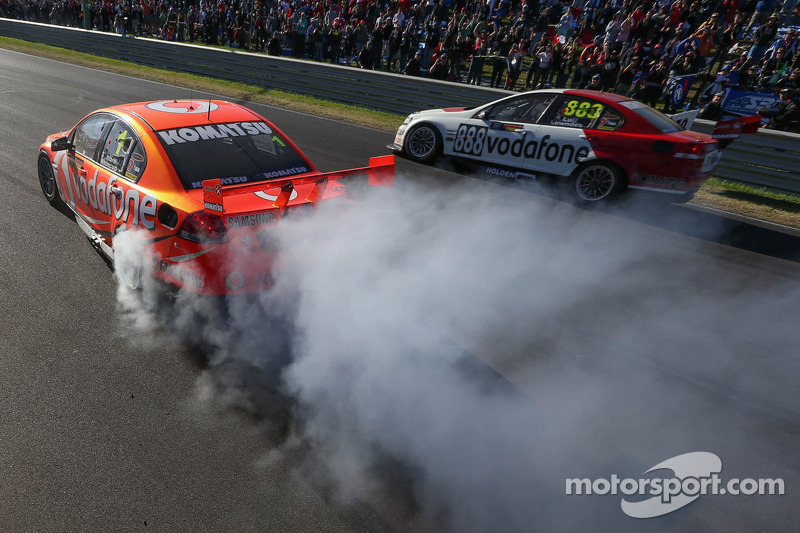 TeamVodafone's Jamie Whincup and Paul Dumbrell have won the Supercheap Auto Bathurst 1000 in emphatic style, leading for over 70% of the 161 Lap race before taking the chequered flag just three tenths of a second ahead of the FPR pairing of David Reynolds/Dean Canto and teammates Craig Lowndes and Warren Luff. 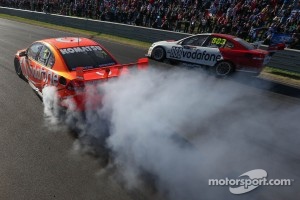 After securing a front row start for today's iconic race, Whincup handed the start duties to Dumbrell. The #1 co-driver drove an impressive opening stint with delaminating tyres and a damaged drivers side window failing to thwart their charge.

With almost 100 laps to go the duo took control of the race, supported by the team who perfectly strategised the Holden's fuel consumption down to the last half a litre.

Despite queuing twice which resulted in lost track position, Lowndes stormed home over the closing 30 laps, to record his eighth Bathurst podium result.

Celebrating his fourth victory at Mount Panorama and Triple Eight Race Engineering's fifth in the past decade, Whincup yields 300 points from today's event and leads the 2012 V8 Supercar Championship by 161 points ahead of Lowndes who now sits second on 2611 points.

Tim Blanchard will substitute for the injured Todd Kelly