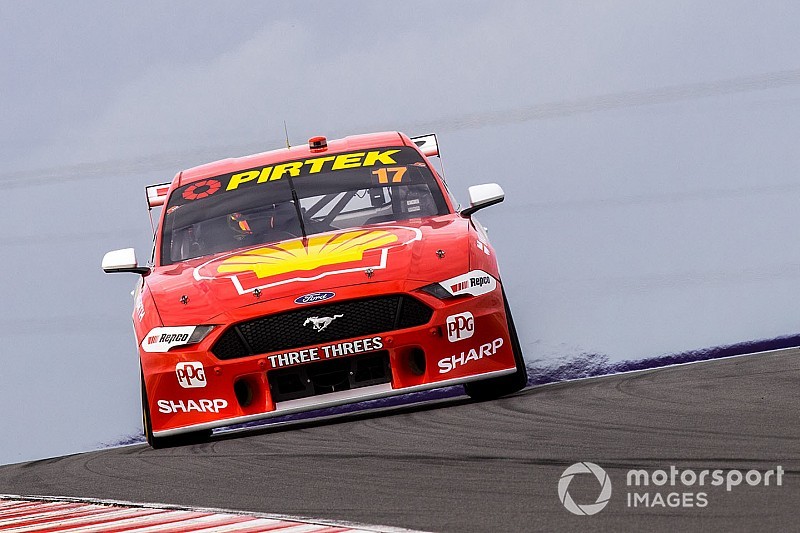 Scott McLaughin secured his 14th pole position of the 2019 Supercars season thanks to another record-breaking lap at The Bend.

A rare mistake put McLaughlin under pressure in Q2, the points leader left relying on his final run after an off at Turn 17 early in the session left him in the drop zone.

He responded in typical fashion, a 1m47.620s sending him into the final segment with a tenth up his sleeve over Tickford pair Will Davison and Chaz Mostert.

There was no repeat of an early mistake in Q3, McLaughlin lowering the lap record with a 1m47.495s on his first run.

He did head out for a final run late in Q3, but never looked like improving even before a wild moment at the last corner.

Not that he mattered, that early lap good enough for a 14th pole of the season by a little over two tenths.

"I didn’t have the best session myself and lost my lock-up sensors pretty early, so I was just sort of driving like a go-kart on feel. Lucky I drive the go-kart a fair bit and I got used to it.

“The [Q2 mistake] was just the lock-up sensor, I didn’t know it had gone, it must have gone the corner before and I just braked hard and then it just locked up. It was crazy.

"Anyway it is what it is and we’ll push on and start on pole – that’s the main thing."

Davison ended up best of the Tickford Mustangs, edging Mostert by a little over a tenth.

Jamie Whincup was the best of the Holdens, grabbing fourth on the grid after coming all the way from Q1.

Cam Waters and Nick Percat were next, with Anton De Pasquale, Lee Holdsworth, Mark Winterbottom and Tim Slade making up the rest of the first five rows.

Fabian Coulthard will start the race from 11th, having been shuffled out of the best 10 in the closing stages of Q2.

“We were up on the previous lap that I had done, and I came through [Turn] 5 into 6 and it felt like I had a flat right rear tyre," he said.

"So we were unable to complete that [lap] and there was no time left to do anything else.

"To be the wrong side of the hundredth to be in the Top 10 is a bit like the story of my life."

He wasn't the only high-profile exit after the second segment, with David Reynolds and Shane van Gisbergen set to start from 15th and 16th respectively.